Department seminar. Sang Yoon (Tim) Lee is an Assistant Professor of Economics at Toulouse School of Economics. He will present a paper entitled "Labor (Mis)Allocation and Development: Evidence from East Germany". 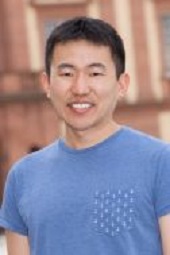 Differences in the (mis)allocation of resources are potentially a large source of wage and income gaps across countries and regions. In this paper, we ask how much of the East-West German wage gap can be explained by differences in the allocation of workers to firms, and how much such allocations have changed over time. Using a large administrative panel, we find that 80% of the initial East-West wage gap was due to East Germans working in less productive firms, and that almost a third of the 20 percentage point catchup in the 25 years following reunification can be explained by faster improvements in the allocation of East German workers to firms relative to West Germans. This effect is particularly pronounced among older East German cohorts, who were initially allocated to the least productive firms but also saw their allocation improve more quickly than younger East Germans.