Department seminar. Claire Lim is an Assistant Professor at Cornell University. She will present a paper entitled "The Political Economy of Medicaid: Ideology, Eligibility, and the Consequences of Cost-Saving Measures", co-authored by Jee Hun Choi. 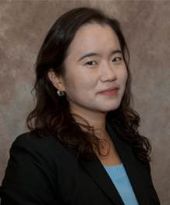 We explore the linkages between government ideology in U.S. states and geographic variation in Medicaid program design and operations. Medicaid eligibility criteria tend to be more generous in liberal states. Simultaneously, fee-for-service reimbursement rates for physician services have been notably lower in liberal states. These two patterns lead to the following question: to what extent does the partisan composition of the government drive eligibility and reimbursement over time? If cost-saving measures accompany eligibility expansion, then what are their consequences for resource allocation? We explore long-run linkages among partisan composition of the government, eligibility, cost-saving measures, and expenditures for the Medicaid expansion from the mid-1990s to 2010. Our analysis consists of four steps. First, we analyze how much the partisan composition of the state government drives eligibility expansion. Second, we explore the tradeoff between breadth of eligibility and fee-for-service reimbursement rates. Third, we investigate driving forces behind the evolution of the delivery systems, i.e., Medicaid managed care diffusion. Fourth, we analyze the resulting patterns of per-enrollee spending. We find that the partisan composition of the state house played a critical role in the eligibility expansion and the reduction of fee-for-service reimbursement rates over time. While the HMO penetration in the private insurance market drove the Medicaid managed care diffusion, the diffusion also tends to go hand in hand with the reduction of fee-for-service reimbursement rates. Finally, Medicaid per-enrollee spending increased substantially over time despite the adoption of cost-saving measures. This unintended consequence was due to the systematic changes in HMO practices that coincided with the eligibility expansion.

Read the abstract here - containing a link to the most updated manuscript (.pdf)