Department seminar. Rossella Argenziano is an Associate Professor at the University of Essex. She will present two papers entitled "Precedents, Reputation, and Higher-Order Induction" and "Second-Order Induction and Agreement", both co-authored by Itzhak Gilboa. 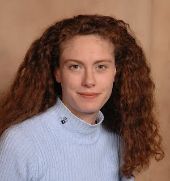 We argue that a precedent is important not only because it changes the relative frequency of a certain event, making it positive rather than zero, but also because it changes the way that relative frequencies are weighed. Specifically, agents assess probabilities of future events based on past occurrences, where not all of these occurrences are deemed equally relevant. More similar cases are weighed more heavily than less similar ones. Importantly, the similarity function is also learnt from experience by second-order induction. The model can explain why a single precedent affects beliefs above and beyond its effect on relative frequencies, as well as why it is easier to establish reputation at the outset than to re-establish it after having lost it. Finally, we discuss more sophisticated forms of learning, by which similarity is defined not only on cases but also on attributes, and the importance of some attributes, learnt from the data by second-order induction, can also affect the perceived importance of other attributes.

Agents make predictions based on similar past cases. The notion of similarity is itself learnt from experience by second-order induction: past cases inform agents also about the relative importance of various attributes in judging similarity. However, there may be multiple optimal similarity functions for explaining past data. Moreover, the computation of the optimal similarity function is NP-Hard. We offer conditions under which rational agents who have access to the same observations are likely to converge on the same predictions, and conditions under which they may entertain diferent probabilistic beliefs.