Department seminar. Andrea Papini is a Ph.D Candidate at UiO. He will present a paper entitled "Business Income Risk  and The Insurance Role of Taxation in Norway, 1993-2013". 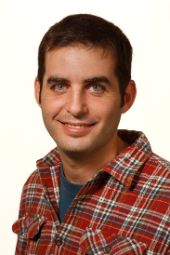 This paper studies the business income risk in Norway for the period from 1993 to 2013 by using large administrative data sets and compares  business to labour income risks. Noticeable differences are found  in the evolution and composition of income inequality,  the persistence of shocks to the income processes, and other factors influencing the risk in the two sectors. In particular, business income is found to be  riskier than labor income. It is less persistent  than labor income  and extreme movements between deciles of the distribution have higher probabilities. While pre-tax and post-tax inequality remained stable for wage earners, pre-tax business income variance increased during the period. The rise is mainly driven by permanent shocks, while both levels and trends depend on the transitory component of risk among wage earners. Furthermore, heterogeneity between individuals seems to have, as compared to business income, a major role in explaining labor income annual variance. The analysis of post-tax incomes shows that taxes and transfers attenuate the magnitude of inequality  both among the self-employed  and the wage earners. However, at least until 2006, the insurance role against risk seems to be less pronounced for business income.