OFS Affiliates in Public Committee on Taxation of Hydropower

Former scientific leader of OFS, Tarjei Havnes and assistant professor at OFS Ragnhild Schreiner have been members of public committee that have looked at taxation of hydropower in Norway. Their mandate was to investigate whether the way we currently tax hydropower prevents investments that could give a positive social return. The committee, led by former director of the Norwegian Water Resources and Energy Directorate Per Sanderud, submitted their report on the 30th of September. In the report the committee suggests to eliminate production leases but uphold the rent tax. 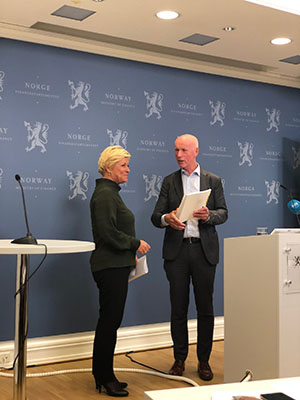 Siv Jensen and Per Sanderud at the press conference