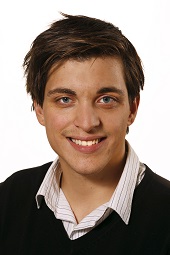 We study the impact of child care for toddlers on the labor supply of mothers and fathers in Norway. For identification, we exploit the staggered expansion across municipalities following a large reform from 2002. Our IV-estimates indicate that child care use causes an increase in the labor supply of mothers. Results suggest that cohabiting mothers move towards full time employment, while single mothers move to part time. Meanwhile, we find no impact for fathers or grandparents. We also find an increase in the taxes paid from cohabiting mothers, lending some support to the argument that parts of the cost of child care is offset by increased taxes.

Public support for child care is significant in Norway and in many other countries. In several countries there has also been a strong political push to contribute to increased supply of child care. An important goal has been to facilitate the participation of women in the work force. Higher income from parents can also help to compensate for the cost of child care by increasing tax revenues.

A growing literature from many countries, including Norway, shows that the effect of child care on female labor supply has historically been relatively small, though with some variation between different studies. These findings weaken one of the key political arguments for high public support and imply that the expected increases in tax revenues have not materialized. At the same time, few studies have looked at child care use for the youngest children, where the majority of childcare extensions have come since the 1990s.

We study the effect of child care use for two-year-olds on parents and grandparents' occupation in the 2000s. Because parents who send their children in kindergartens may be assumed to be different than parents who do not, especially as regards their connection to the labor market, a direct comparison based on kindergartens will not provide reasonable estimates of the effects of kindergarten. To estimate these, we instead use the large variation in the expansion of child care following the Norwegian kindergarten accord from 2003. The settlement increased subsidies for the development and operation of kindergartens, opened up to a greater degree by private providers and facilitated the subsequent maximum price reform. The result was a major shock to the supply side in the child care market, which for the youngest children was heavily rationed throughout much of the 2000s.

The results show that child care for the youngest has had a significant impact on the employment offer among mothers in Norway. For every tenth child who uses the nursery full-time we find that about three mothers start working. While married and cohabiting mothers essentially start working full-time, single mothers are more likely to work part-time. Furthermore, we find that the effects, especially for married and cohabiting mothers, persist over the next 3-4 years, but gradually decrease.

When we look at the occupational participation of fathers, we find no effects of increased kindergarten use. This suggests that mothers are still the primary caregivers for the youngest children. Nor do the grandparents' labor supply seem to change with increased child care use. This suggests that grandparents are not an option for daily care of the smallest children for most families when child care is not available. In sum, we interpret our results to suggest that the alternative to day care for most young children is to stay at home with the mother. This contrasts with earlier studies on older children, where informal sources of care appear to be the most important alternative to formal child care.