Is our sense of community weakened by increased immigration?

Does increased immigration make us less willing to contribute to the common good? And if so, can personal contact and friendship remedy this reluctance? To find the answer, economists have studied room mates in the military. 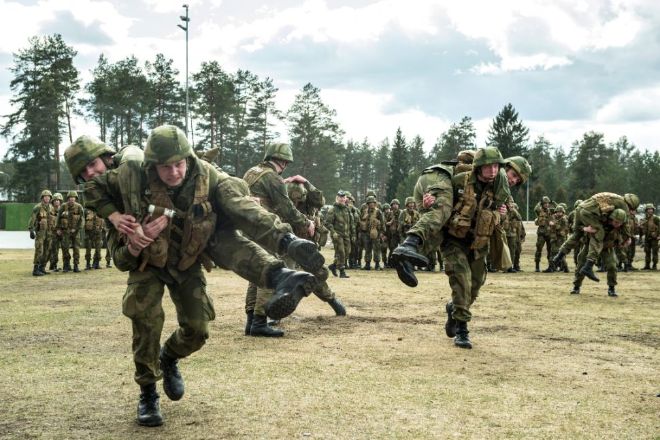 Social scientists have been busy mapping what effect a growing ethnic diversity has on welfare states. Some believe that increased immigration contributes to innovation, creativity and economic growth. Others have worried that a more heterogeneous population will lead to less social trust, less unity and more tension among its citizens. Among these is the political scientist Robert Putnam. He has found that increased ethnic diversity in the American society leads to less trust both within and between ethnic groups, something which in turn affects the sense of community.

-Although American research shows that people who live in areas of high ethnic diversity are less willing to contribute to the collective good, we cannot know for sure if the two factors are causally connected. That is to say, whether it is in fact ethnic heterogeneity that leads to a reduced sense of community, says Gaute Torsvik, Professor at the Department of Economics, and the new leader of the research centre Oslo Fiscal Studies (OFS).

-Perhaps there are other factors that lie behind such a context, according to Torsvik. He goes on to explain that areas with a lot of immigration for instance may be characterised by poverty, which in itself can reduce the will or ability to contribute to a collective good.

Torsvik underlines that the legitimacy of the welfare state depends on inhabitants who are willing to pay taxes and who support a redistribution of income. It is his opinion that if researchers like Putnam are right in their conclusions it is important to develop political measures that can deter dynamics such as these.

-Imagine the welfare state is like a large insurance system and that the willingness to contribute to this system is dependent to a certain degree on whether you believe that others are contributing the same as you.

-In which case, immigration may lead to more "Us versus Them" thinking, less trust, and less support for the welfare state, Torsvik explains..

Developing on these questions, he has just completed a research project together with colleagues where they study room mates in the Norwegian army. The goal of the project was to find out whether close interaction between different ethnic groups contribute to build trust between them. If the answer is yes, it gives us a more positive picture of how immigration influences social trust in western societies compared to the conclusions of previous American studies. The results can take the researchers a step closer in finding answers about how increased immigration might also influence our tax morale.

The study was carried out in the autumn of 2015 in cooperation with the Norwegian Armed Forces and the army’s Brigade North. Everyone undertaking first time service must go through an 8 week long and demanding training camp. The soldiers are divided into different camps, all in remote locations, and work for approximately 12 - 15 hours a day. This gives them little possibility for socialising with anyone other than their room mates. Such a close and small environment was therefore ideal for investigating whether the close relationship between the soldiers might have a positive effect on their levels of social trust.

-The soldiers were placed in rooms together completely randomly. We wanted to see how being exposed to a situation of close interaction such as sharing a room in the armed forces can influence social trust in immigrants, Torsvik explains.

More specifically the researchers wanted to find answers to whether the soldiers sharing a room with soldiers of an immigrant background were more trusting after the stay compared to before the boot camp started. This was tested using a so-called trust game: an experiment where the players must trust each other in order to increase their own, real monetary gains. The researchers wanted to see if the soldiers’ degree of trust changed if their fictional partner had an immigrant background.

Results from the study substantiated Torsvik and the research group’s hypothesis that close contact with individuals with an immigrant background increases trust to minority groups. They found that the soldiers who had shared a room with a soldier with an immigrant background appeared to trust ethnic minority groups more than the other soldiers who had also been participating in the trust games. According to previous research on how interaction can prevent conflicts, the reason for this might be that the soldiers disproved their own prejudices and misconceptions of immigrants during their time in the boot camp.

According to Gaute Torsvik, the research centre Oslo Fiscal Studies has an important role to play in bringing forward important knowledge about taxation questions that often are the subject of heated political discussions. As the leader of the centre, Torsvik wants it to be a catalyst for good, solid research.

-We need a critical eye to what works and does not work, and what we can know and not know, says the economist.

He emphasises that the effect of immigration on our welfare society is a highly relevant and politically inflamed example. The term "Swedish conditions" has been batted about in media of late and has been used to describe an increase in crimes due to a high amount of immigration and low integration.

-Many claim there are more criminal acts and conflicts in Sweden due to the increase in immigration, but there are no good studies that can confirm that this in fact is the case.

-Research on how immigration influences our tax morale is also lacking. This is where we can assist with analysis.

-Research into public finances is key in a country like Norway

Gaute Torsvik underlines that public finances is an especially relevant field for research in the Norwegian context, precisely because the public sector in Norway is very large compared to other countries.

-A total of 33 percent of the Norwegian work force is employed in the public sector and we have an extensive selection of welfare schemes. A research centre for public finance and tax analysis is therefore particularly important in a country like Norway, says Torsvik.

In the future, the researchers at the centre want to examine how immigration influences our tax morale on a larger scale. In one of their next research projects, they will look at whether inhabitants of Norwegian municipalities where there is a large proportion of immigrants are more inclined to evade taxation than in municipalities with fewer immigrants.

-An important priority for our research is to try to estimate how taxation influences people’s behaviour. In order to design good tax policies, it is paramount to know how the policy actually works, concludes Gaute Torsvik.

The project was a collaboration between researchers from Oslo Fiscal Studies, the Norwegian Defence Research Establishment (FFI), Institute for Social Research and Norwegian University of Life Sciences (NMBU).

The research centre aims to expand the volume and enhance the quality of research and teaching in public economics and tax analysis in particular. The objective of the research is to increase our understanding of how taxes and redistribution politics influence economic activity and welfare. The centre is a collaboration between the Department of Economics, Statistics Norway and the Frisch Centre. OFS was established in 2012 and is now entering into its second five year period with support from the Norwegian Research Council. In its next period, the centre wishes to strengthen its empirical research and prioritise a closer collaboration with the tax authorities, in terms of both access to data and exchange of knowledge with employees.