OFS seminar. Helmuth Cremer is a Professor at Toulouse School of Economics. 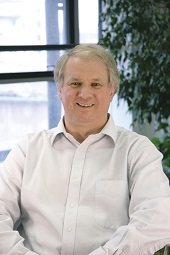 Link to preliminary version of the paper

We study the role and structure of commodity taxes in a world where consumption and labor supply decisions are made by couples according to a bargaining procedure between spouses, and where an optimal income tax is also available. When weights (as well as wages) differ across couples, the heterogeneity is multidimensional and the Atkinson and Stiglitz result does not apply. In addition, when the social welfare function is individual based, spouses' social weights may differ from their weights within the couples. This brings about Pigouvian considerations which in themselves may justify commodity taxes. We show that the expressions for the tax rates include Pigouvian and incentive terms. Their roles are most apparent in the case where some goods are consumed exclusively by one of the spouses. Supposing, for instance, that the female spouse has the lower bargaining weight, we nd conditions under which the Pigouvian term calls for a subsidization of the "female good", and a taxation of the "male good". The incentive term depends on the distribution of bargaining weights across couples. For instance, for the exclusive consumption case, when the weight of the female spouse increases with wages, the female good tends to be consumed in larger proportion by more productive couples. Consequently, the incentive term makes it a candidate for taxation. In this case the Pigouvian term is mitigated.