Lars Erik Borge is Professor at NTNU. He presents "Fiscal adjustment and balanced-budget-rules: Evidence from a Norwegian reform". 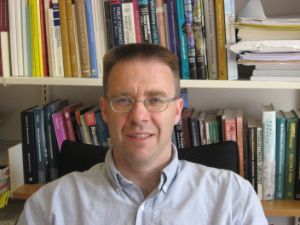 In Norway, central control of local government borrowing and budgeting was relaxed in 2001. Prior to 2001 budgets and borrowing in all local governments had to be approved by the central government. Since 2001, control has been more selective and applies only to local governments that have violated the balanced-budget-rule (BBR). Local governments subject to control are placed in a register (Robek). This register receives large attention in the public debate and works as a list of shame. In this paper we investigate possible disciplinary effects of the register. The main hypothesis is that local governments that run deficits and thereby are in danger of being placed in the register will take actions to avoid this. An implication of this hypothesis is that the current deficit (fiscal balance) will be more affected by past deficits in the post-Robek period than in the pre-Robek period. The empirical analysis confirms a change in deficit dynamics where lagged deficits have become more important in explaining current deficits.

The paper is co-authored by Arnt O. Hopland.