UiO Faculty of Social Sciences Department of Economics
Main navigation
Back to uio.no
Sub navigation Menu
About the department > News-and-events > News > Economic considerations in the fight against Corona

Economic considerations in the fight against Corona

Good measures require reliable data - these must be collected urgently. 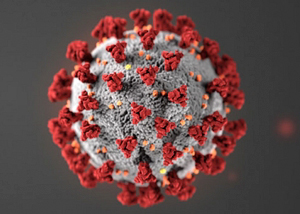 The SARS-CoV-2 (2019 novel coronavirus) is a great unknown compared to the seasonal flu. We still don’t have reliable infection rate projections, and the burden the healthcare system will undoubtably undergo is also currently undeterminable. Unsurprisingly, however, circulating throughout the media are numerous scenarios speculating on the seriousness of the virus, it’s effect on the health of the population, and what interventions in public life are necessary. This leads to uncertainty among citizens and presents decision-makers with difficult decisions. In a rather pessimistic scenario, a medium-term "infection" of two-thirds of the population and a mortality rate of 0.7 percent is assumed. This could result in nearly 25,000 deaths. If the infection numbers explode very quickly, the healthcare system could also become overloaded and significantly more people would likely die. In another scenario ("Corona is like the flu"), half a million people become infected and the death rate is "only" 0.2 percent. In this scenario, 1,000 people would die. The Norwegian healthcare system wouldn’t come close to its capacity limit and significant interventions in public life could be avoided. The truth probably lies somewhere in between these two scenarios, depending on the containment and prevention measures taken in Norway. Neither of the two scenarios currently seems absurd.

As a reaction to the virus, unprecedented countermeasures have been taken. In Europe, entire regions are now quarantined, borders are closed, and freedom of assembly is restricted. The right degree and timing of interventions in public life and the economy - and their potential relaxation - are also controversial in Norway. It’s become clear that essential information for good, proportionate decisions remains missing. If the measures are too lax and if they are implemented too late to curb the spread of the virus, the healthcare system will quickly reach its capacity limit and all seriously ill people cannot be adequately cared for. If the measures are too restrictive, social and economic life will be restricted longer than necessary. In the worst case, a severe recession is unnecessary triggered, with dire consequences for the community. The current stock market freefall provides a glimpse into such a situation.

Reliable data must therefore be collected as soon as possible. Vital information is still missing. For example, it is imperative that we have an accurate, region-specific estimate of the actual number of people infected by population group. Infection figures are published daily. However, these are only reported cases. The number of actual infections is likely to be many times higher, since only a small portion of the population has so far been tested. In contrast to the flu, reliable models do not exist for extrapolating the number of infections. As a result, it is completely unclear at what speed the virus will spread in each region of Norway, and how successful regional measures already taken have been. This information could be used, for example, to estimate the proportion of people who will have to be hospitalized in the foreseeable future and in which regions medical equipment is urgently needed.

We therefore recommend the following: Regionally stratified, randomized, controlled tests for the SARS-CoV-2 must be carried out throughout Norway. This means that several thousand people are systematically tested for the virus each day: Tests are carried out independently of suspected cases or symptoms and are drawn representatively from all persons registered in Norway. The test results can then be extrapolated to the total population, enabling a regionally differentiated prognosis of the infection numbers according to population groups. Region-specific containment measures can then be carried out using the data collected in this way, and their success can be continuously evaluated. In this way, a scientifically supported decision could be made as to how long the restrictions in public life, such as school closings, need to be maintained and whether relaxing them entails a significant risk of a renewed wave of infections.

Decisions based on evidence

The current epidemic requires complex trade-offs to be made. Economic, social and especially health effects must be considered and weighed against one another. Good decisions can only be made based on evidence. To do this, there is an urgent need for a reliable, representative database. Politicians have the ability to create them. They should act immediately.