Editorial: Special Issue on Gender and the Far Right

C-REX scholars Katrine Fangen and Inger Skjelsbæk have co-edited a special issue on gender and the far right in Politics, Religion and Ideology.

C-REX scholar Inger Skjelsbæk has published an article together with Julie Marie Hansen (PRIO) and Jenny Lorentzen (PRIO), on the framing of gender in extremism and terrorism policy documents. In the article, they critically analyse policies aimed at preventing and countering violent extremism, to better understand how the intersection between gender and violent extremism is conceptualized in them.

Read more ...
Gendered images of us and them in anti-Islamic Facebook groups

C-REX scholar Katrine Fangen has published an article on gendered imagery in Norwegian anti-Islamic Facebook groups. She highlights the widespread use of gendered stereotypes among participants in these groups, and discusses them through the theoretical lens of 'femonationalism' and right-wing populism.

Read more ...
The “Brick and Mortar” of Mobilization?

Tore Bjørgo has contributed to the following two reports: Milan Obaidi has contributed in two articles in a special issue: Radicalization and Violent Extremism: Perspectives from Research on Group Processes and Intergroup Relations The Consequences of Soft Repression

By Jan Jämte and Rune Ellefsen 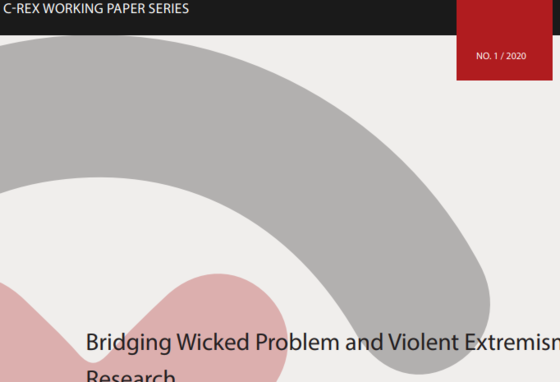 Anja Dalgaard-Nielsen and Håvard Haugstvedt has a new C-REX working paper out.

Tore Bjørgo has contributed from C-REX. Hindutva as a variant of right-wing extremism