Bringing the enemy closer to home: ‘conspiracy talk’ and the Norwegian far right 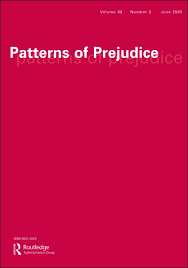 What is the appeal of joining online communities obsessed with images of enemies and filled with threatening narratives? Døving and Emberland’s article introduces the term ‘conspiracy talk’ as a useful analytical concept for answering this question. The activities of radical and populist right-wing groups in Europe have increased in recent years; in particular, they use the Internet to propagate, discuss and enhance their ideological message. On Facebook and in comments on ‘alternative’ news sites, individuals share narratives about how an invasion of Muslims will lead to the imminent downfall of European civilization unless it is not rescued by the introduction of authoritarian, ethnic nationalism. The ideology of the far right is a growing field for research but there are few studies on how the ideology is spread and rendered meaningful via discussions and comments among Internet-based communities. This article, based on analyses of the content of various websites and Facebook pages that are part of the far-right landscape of Norway, seeks to explore the role conspiracy claims play in conversations taking place within these virtual communities. It attempts to identify patterns of communication and ways of talking that make conspiratorial notions seem reasonable. Døving and Emberland argue that radical-right and right-wing populist ideas are made relevant and gain a sense of immediacy through conspiracy talk. Conspiracy talk renders conspiracy narratives meaningful by linking them to the local contexts of the participants.