Making Fascism in Sweden and the Netherlands 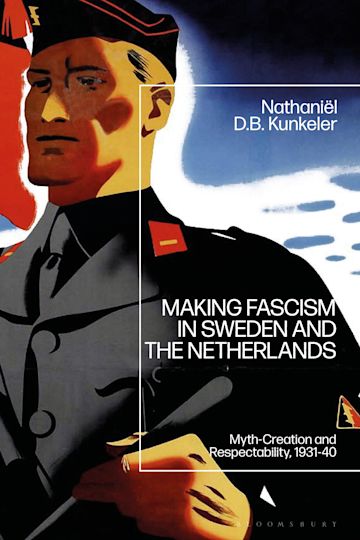 There was no representative fascist movement during interwar Europe and there is much to be learned from where fascism 'failed', relatively speaking. So Nathaniël D. B. Kunkeler skilfully argues in Making Fascism in Sweden and the Netherlands, the first in-depth analysis of Swedish and Dutch fascism in the English language.

Focusing on two peripheral – and therefore often overlooked – fascist movements (the Swedish National Socialist Workers' Party and the Dutch National Socialist Movement), this sophisticated study de-centres contemporary fascism studies by showing how smaller movements gained political foothold in liberal, democratic regimes. From charismatic leaders and the rallies they held to propaganda apparatus and mythopoeic props seized by ordinary people, Making Fascism in Sweden and the Netherlands analyses the constructs and perceptions of fascism to highlight the variegated nature of the movement in Europe and shine a spotlight on its performative process.

Drawing on a wealth of archival material and using a highly innovative methodology, Kunkeler provides a nuanced analysis of European fascism which allows readers to rediscover the experimental character of far-right politics in interwar Europe.