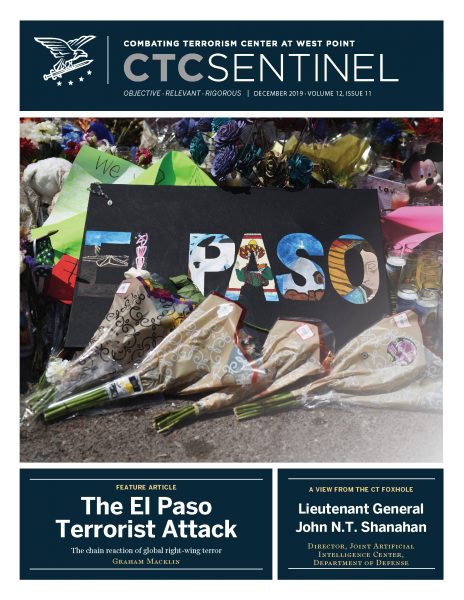 The past two years have witnessed a wave of terrorist attacks perpetrated by right-wing extremists, most notably in Christchurch, New Zealand; Pittsburgh, Pennsylvania; Poway, California; Halle, Germany; and in August 2019, El Paso, Texas.

An in-depth study of the El Paso attack, the perpetrator’s modus operandi, and the changing response of U.S. law enforcement to the scourge of extreme right-wing terrorism situates events in Texas within their broader context—as part of a chain reaction fomented within the violent sub-cultural online milieus of right-wing extremism.

This digital eco-system is fueling a cumulative momentum, which serves to lower ‘thresholds’ to violence for those engaged in this space, both in the United States and elsewhere, as one attack encourages and inspires another, creating a growing ‘canon’ of ‘saints’ and ‘martyrs’ for others to emulate.