In pursuit of purity: populist nationalism and the racialization of difference 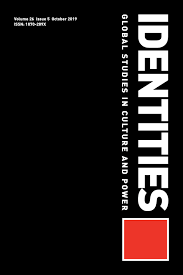 Based on multi-sited fieldwork amongst leaders and supporters of populist radical right parties in the UK and Hungary, this article examines how the boundaries of the nation were reinforced and reimagined in the context of the ‘refugee crisis’ in 2015. Examining processes of racialization propagated by the UK Independence Party (UKIP) and the Hungarian Jobbik party, it suggests that the figure of the Muslim migrant served to rejuvenate violent imaginaries of ethno-racial and religious-civilizational difference. UKIP did not seek to reinforce national identity around a whiteness that was explicitly racially marked, but rather referred to culture grounded in (Judeo) Christian civilization as a basis of inclusion and exclusion. In contrast, in Hungary, supporters emphasized ethnic criteria for inclusion, thus challenging the basic values and principles underlying liberal democracy. In both contexts, anti-immigration discourses claiming the protection of ethno-racial or cultural purity, served a similar function; to re-territorialize white identities.

Thorleifsson, C. (2019), In pursuit of purity: populist nationalism and the racialization of difference, Identities - Global Studies in Culture and Power