Defending the Endangered Nation: Nordic Identitarian Christianism in the Age of Migration 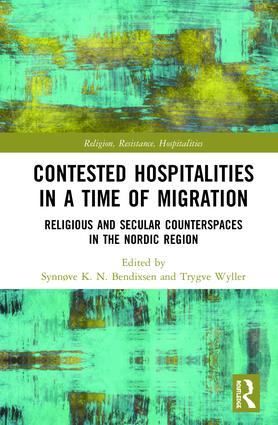 Based on analysis of party manifestos, election campaigns and speeches of the Sweden Democrats and the Norwegian Progress Party, the chapter identifies and compares how religious themes and traditions are deployed in calls for the reinforcement of national boundaries.

We suggest that the long intertwinement of the secular and religious spheres that characterize the Nordic context has been conducive to the populist usage of ‘Christian values’ as a national identity marker. While SD and FrP claim to be non-confessional parties, politicians from both parties mobilize exclusionary Christianist discourses to strengthen the border between "us" and "them". SD wants Christianity to have a special position in Swedish society due to Swedish Christian history and heritage, while FrP calls for the protection of Christian values and heritage.

Thus we identify the paradox of non-confessional parties using religion-as-culture in calls for defending the endangered nation.

Thorleifsson, C. and Jupskås, A.R. (2019), Defending the Endangered Nation: Nordic Identitarian Christianism in the Bendiksen, S. and Wyller, T. (Eds), Age of Migration, in Contested Hospitalities in a Time of Migration, Routledge