The far right as social movement 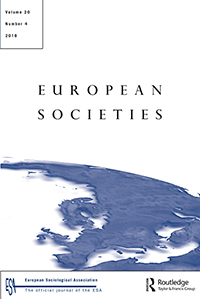 The literature on the far right is trying to connect with social movement studies.

Scholars from different social scientific backgrounds are increasingly acknowledging that extra-parliamentary grassroots activism is part of the alliance and conflict structure of nativist collective actors.

The recent rise in far-right street politics – or, precisely, its re-emergence with seemingly different clothes – should encourage the study of the inter-relations between party and non-party collective actors.

As a case in point, the far right not only includes political parties geared towards elections and public office but also social movements or ‘networks of networks’ that aim to mobilise public support, and a conglomeration of subcultural groups and groupuscules.

By putting forward a three-part metric to analyse mobilisation factors at the macro, meso, and micro levels, this piece and the Special Issue it introduces bring the (inter-)relations between far-right parties, movements, and subcultures frontstage, and elaborate on nativist collective action across different arenas of contention.