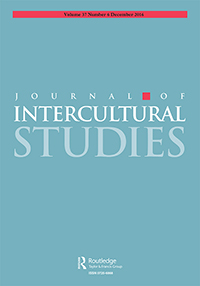 The rise of anti-Islamic PEGIDA (Patriotische Europäer gegen die Islamisierung des Abendlandes) is one of the latest sustained episodes of radical right mobilisation in Western Europe outside the electoral arena.

This study provides a first comparative analysis of PEGIDA beyond Germany and its core region of Saxony. Combining protest event analysis with online data and network analysis, we identify why PEGIDA mustered low-scale support in some countries and failed in others.

Focusing on Austria, Norway, Sweden and Switzerland the study reveals the pivotal importance of the organisers’ agency and their relations to other radical right players. Unlike the sui generis case in Dresden, the PEGIDA label has become a rallying point appropriated by pre-established radical right activists using it for their own mobilisation efforts. Furthermore, the analysis reveals the significance of protest policing, in the form of state bans, for the fate of PEGIDA beyond Germany.

Finally, it demonstrates the importance of online spheres as channels for dissemination of radical right world-views and the interplay of offline and online mobilisation.

The article is published in Journal of Intercultural Studies, Vol 37, no 6, 2016.