On Extremism and Democracy in Europe 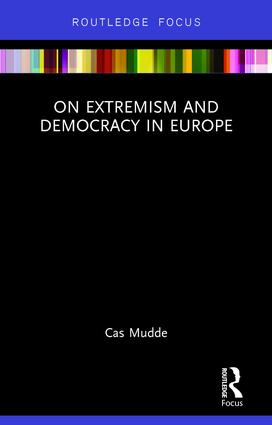 On Extremism and Democracy in Europe is a collection of short and accessible essays on the far right, populism, Euroscepticism, and liberal democracy by one of the leading academic and public voices today.

Pushing to go beyond the simplistic opposition of extremism and democracy, which is much clearer in theory than in practice, he accentuates the internal dangers of liberal democracy without ignoring the external threats.

This book is essential reading for anyone interested in European politics, extremism and/or current affairs more generally.

The book is published at Routledge in March 2016.