The Progress Party leader Sylvi Listhaug’s use of the conspiratorial term ‘sneaky Islamization’ is a prime example of right-wing populist rhetoric. 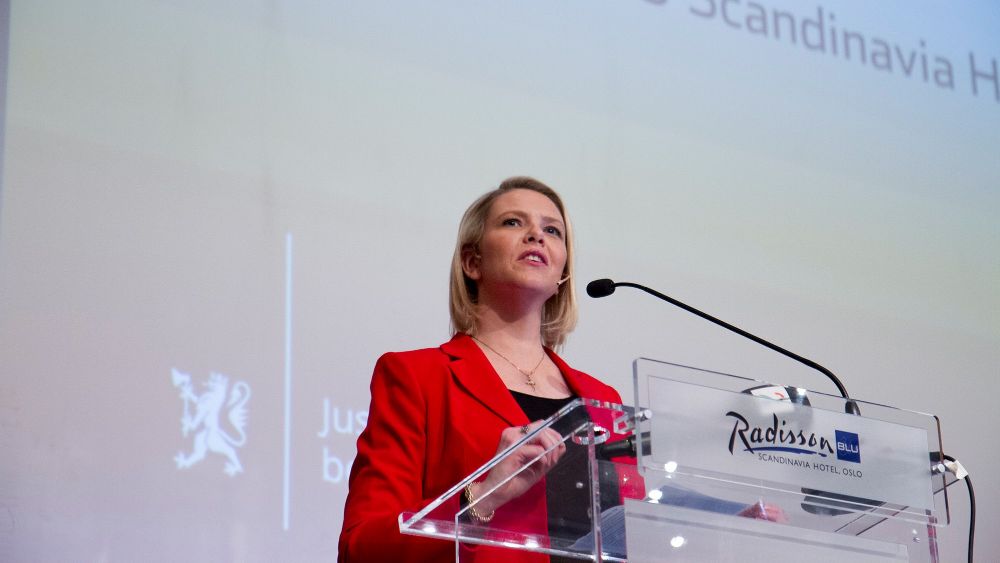 This article was originally published in the Norwegian newspaper Aftenposten.

In connection with the tenth anniversary of the terrorist attacks on 22 July 2011, several members of the Norwegian Labour youth movement, and Labour Party leader Jonas Gahr Støre, have called for political debate about the terrorist’s ideology and have urged political leaders to mark distance not only to the horrendous actions committed by the terrorist, but also to the ideas that motivated his crimes.

Labour youth leader Astrid Hoem said in an interview with Norwegian newspaper Aftenposten that the Progress Party has a special responsibility and opportunity to take a stand against conspiracy theories in its own backyard. She made a clear appeal to Progress Party leader Sylvi Listhaug: "There are those who listen to her, rather than listen to Støre, and that means she has a responsibility."

Listhaug claims that she has neither greater responsibility nor the opportunity to speak to environments with such extreme attitudes. However, my findings suggest otherwise.


‘Stop the Islamization of Norway’ and the Eurabia theory

In my doctoral project, I have talked to some of those who we might call the Progress Party’s hinterland. In my research, I have conducted in-depth interviews with 13 members of the Facebook group of the organization "Stop the Islamization of Norway" (also called ‘Sian’).

Although a few of my interviewees were paying members of Sian, most were not, like the majority of the 10.000 members of its Facebook group. The total membership numbers of Sian have not been made public.

As the study has relatively few interviewees, it cannot provide representative information about the members of this group in general. But it can give us insight into the ideas and political attitudes that exist in anti-Islamic circles. The thoughts of those I interviewed are found in similar anti-Islamic circles in many European countries.

Those I have interviewed, including those who are not paying members of Sian, share the organization's main position: that Islam poses a threat to Norway and Europe. In this environment, the so-called Eurabia theory is prevalent: it advocates that Western leaders have conspired with leaders in Muslim countries to allow Muslim mass immigration, increase Muslim influence in Europe, and ultimately allow European countries to become Islamic.

The Norwegian term ‘snikislamisering’ (‘sneaky Islamization’) is based on this mindset. The term has existed for a long time but gained momentum in anti-Islamic circles after Robert Spencer published the book Stealth Jihad in 2008. Spencer founded Sian's predecessor Jihad Watch in 2003. Directly translated, ‘stealth jihad’ means ‘creeping holy war’ in Norwegian, but evolved into the commonly used term ‘sneaky Islamization’. This conspiratorial, anti-Islamic narrative was a central part of the mind of the July 22 terrorist. Everyone I interviewed condemned the terrorist attacks. Many, on the other hand, supported the terrorist's views.

What does this have to do with the Progress Party?

Almost everyone I spoke to voted for the Progress Party, and some were members of the party. This does not mean that the Progress Party’s policy reflects these attitudes. But there is probably some truth in what the Labour youth leader says: in these circles, people listen more to Sylvi Listhaug than to most other politicians.

The interviews were conducted in 2018 and 2019, which is before the Progress Party made it clear that membership in Sian is incompatible with Progress Party membership, as Sian’s anti-Islam position is considered too extreme.

At the time of the interviews, the Progress Party was part of the government, but some of those I interviewed were dissatisfied with the party's efforts at ruling the country. Some were dissatisfied with the fact that the party "took from the poor and gave to the rich", as one interviewee put it. But she would still vote for the Progress Party in the next election.

Several also expressed dissatisfaction with Siv Jensen, the party leader at the time, and stated they would rather have Christian Tybring-Gjedde or Sylvi Listhaug as leader, two politicians who had both made their mark by proclaiming their opposition to Islam. One woman explained why she preferred Listhaug: "Now only Listhaug speaks for Norwegians, and the others speak for Muslims. […] She dares to call a spade a spade. She is telling the truth."

The enthusiasm for the Progress Party and Sylvi Listhaug in Sian's Facebook group has waned a bit after the party distanced itself from the organization in 2019. What politicians say, who and what they give legitimacy to and who they do not, does indeed make an impact.

So what does Listhaug choose to say, following the call from the Labour youth movement to not only distance herself from racist organizations, but also from the ideas that both the terrorist and her own hinterland believe in? She resorts to a classic right-wing populist maneuver.

Listhaug's statements in recent days are a schoolbook example of the right-wing populists' provocative rhetorical strategy. It is described by the Austrian linguist Ruth Wodak. In Norwegian, it is popularized by Magnus Marsdal, head of the left-wing think tank Manifest, in his newly published book ‘Listhaug's method’. The method consists of three steps.

The first step is to say something provocative: Listhaug insists on using the term "sneaky Islamization", despite the fact that surviving Labour youth members, and others, say that the term is part of the racist mindset of the terrorist.

Some are provoked by this, which leads to Listhaug’s step two, using one of the right-wing populists’ most important trump cards: ambiguity. When Listhaug, who used to work as a former PR consultant, says ‘sneaky Islamization’, it has nothing to do with conspiracy theories. The fact that other people attach completely different, darker associations to the term does not concern Listhaug.

Instead, she repeats Siv Jensen's own definition of the term, namely that "sneaky Islamization means that society takes small steps in the direction of adapting to special demands from a small part of the Muslim population". An example of ‘sneaky Islamization’ that Listhaug points out is that named (i.e. not very sneaky) faith communities have successfully advocated for not showing their ears on their passport photo.

Headlines for the silenced

Listhaug is a master at handling the media, but the pattern has become very predictable. First comes the provocation, then ambiguous apology or explanation and finally rage and indignation. This is how the "gagged" Progress Party leader makes headlines again and again.

Whether Listhaug likes it or not, the party has voters who share the terrorist's views, even if they do not support the actions. Listhaug could use the call from the Labour youth movement to mark a clear boundary between the Progress Party, and the anti-Islamic hinterland that supports them.

To start, she could stop using the charged term ‘sneaky Islamization’. But that would probably lead to fewer headlines for Listhaug.