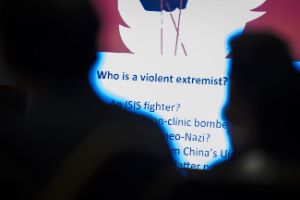 Let it be said right away; If there was an easy, understandable and efficient way of preventing right-wing extremism and violence, it would be widely known and implemented globally. The title might also give the impression that best practice, based on solid scientific evidence and evaluations, exists. It does not.

Why understanding prevention work and practices is important

During the last decade, several European countries have experienced acts of terrorism, or acts of violence that appear to be motivated by some ideological or religious cause. The questions that arise in the aftermath of these incidents are usually variations of ‘why wasn’t this stopped?’ and ‘how can we prevent this from happening again?’. These two questions are on the opposite sides of a spectrum that ranges from the broad societal prevention efforts, to ‘the sharp end’ at the operational level, situated within the police, security and intelligence agencies.

For many reasons, the effect of the programs, interventions and strategies in this field are not easily measured. Not only are these measure very different in nature, but the way in which they are carried out makes them hard to compare. Therefore, little solid quantitative ‘evidence’ is available for stakeholders, policymakers and practitioners to guide them when plotting a course for future strategies. Qualitative studies adds a lot to this field as well, but critics towards these approaches may discredit or downplay their contribution because of being too context specific and open to researchers’ interpretations.

This does not mean that what national and local governments, as well as other organizations, try to do to prevent or counter act violent extremism does not work, or is counter-productive. There is a large amount of research aimed at addressing several aspects of this prevention work, including factors that influence the process towards more extreme positions, motivation for taking part in violent extremism, and when and how to intervene efficiently. While this might not provide the easy answer to ‘what works and what does not?’ it does helps establish strategies based on our best knowledge. Efforts based on our best knowledge, brought forth by both qualitative and quantitative research, is thus our societies’ rational approach to preventing and countering violent extremism.

What is puzzling about the topic of violent extremism is the lack of clarity in terms of how it is understood and defined, as well as the paths towards it. It is also riddled with other uncertainties, like how the ‘problem’ can change in conjunction with efforts to prevent or counteract it, and that measures to prevent it can make it worse. As such, violent extremism is a recognized as a wicked problem.

To adress this problem, the Scandinavian countries, and especially Denmark and Norway, have adapted a broad strategy, organized at both the national and local level. At the local level, this work is carried out through a cooperation of workers from different public sectors; education, police, social, and health. At first glance, this might for some seem as an odd band of professionals working together. It is however based on a long tradition of multiagency cooperation in the Scandinavian countries, especially the SSP-model in Denmark and the SLT-model in Norway. The latter being an adoption of the first. In combination with a broad and general public health approach to prevention in general, these networks serve as the working end of the indicated prevention work. This means that the workers within the SSP and SLT model address groups and individuals that are deemed at risk of being (further) radicalized, where indications of concern is already found. The Scandinavian countries have a long history of these multiagency strategies and public health approaches. They are also found in the UK, Germany and Netherlands, as well as recommended in the US by experts.

In addition to prevention in general, the terms deradicalization and disengagement are widely used in both the practice field and by policymakers and scholars. Disengagement refers to strategies that aim to induce behavioral change, like abandoning violent groups or stop using violence. Deradicalization on the other hand is a term that refers efforts that aim for a cognitive change, of beliefs and attitudes. As there is not yet found evidence that disengagement itself leads to deradicalization, both goals are pursued, at least by some workers. The content of the Norwegian and Danish approach are somewhat similar, and includes variations of both of the above. As local communities and contexts are not entirely similar, these efforts somewhat vary. But in general, the local networked approaches aim at identifying early signs of concern. If concern is raised, they have a variety of services at their disposal, of both supportive and controlling nature. While there are many unanswered questions related to the case of “how could this happen, and how can we prevent/stop it”, there is also a growth of studies within the field of preventing or countering violent extremism. The results from evaluations, as well as the perspectives and experiences of those doing this work on a daily basis may help refine both how we understand violent extremism, and how we can prevent it in different contexts.

Violent extremism as a “wicked problem”

The Scandinavian approach to these issues are grounded in a broad public health perspective and deomcracy building, that seeks to build resilient citizens. It also utilizes the already existing safety net in these countries. Adapting the already existing prevention network to address the concern for violent extremism is both a pragmatic choice, and one based on what is assumed as the best possible strategy. Taking on the challenge of preventing and countering a wicked problem like violent extremism constitutes some form of action, at the strategic or operation level. All efforts to prevent or counter a wicked problem may create another, like stigmatizing groups or push someone further away. An extreme approach to these issues would be assumptions based on emotions, not our best knowledge grounded in research. While we are still lacking ‘hard evidence’ of what works, throughout different contexts, the Scandinavian networked approach may be both a reasonable and the most non-extreme at hand. It also has the potential of creating environments of learning, where the perspectives and understandings of the task at hand is shared between various professionals. This might improve practice, and maybe also the understanding of violent extremism itself.

Håvard Haugstvedt is a PhD fellow at University of Stavanger, with the project "Interaction, roles and reflections: A study of social workers' experiences in preventing radicalization into violent extremism"

By Håvard Haugstvedt
E-mail this page