Fidesz’s adaptation of their ethno-nationalist playbook has proven to be a recipe for electoral success, says Cathrine Thorleifsson. 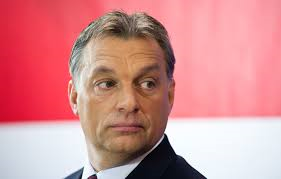 Prime Minister Viktor Orbán won a landslide victory in Hungary’s general election on Sunday 8 April, resulting in a third consecutive term for Fidesz. Securing a two-thirds majority in parliament with its ally, the Christian Democrats, Orbán can, and most probably will, continue to shift Hungary further down the illiberal path towards autocracy. While Orbán’s nearest political rival, Jobbik - the ‘Movement for a Better Hungary’ - failed to grow beyond twenty percent of the votes, Fidesz’s adaptation of their ethno-nationalist playbook has proven to be a recipe for electoral success.

Founded in 2003, Jobbik rejects liberalism and advocates strong irredentist and nativist policies and the protection of Hungarian ethnic identity. In 2015, I interviewed Jobbik MP Márton Gyöngyösi who was already complaining that Orbán was striving to steal votes from Jobbik by adopting their policies and rhetoric.  ‘Orbán or Vona, Vona or Orbán, it is difficult to know who is who these days. There is a battle over the nationalist and patriotic votes now. And Orbán wants to steal votes from Jobbik.’ Gyöngyösi’s worries, combined with wounded pride, were not unfounded. Jobbik had obtained one in five votes in 2015, leading Fidesz to portray itself at a defender of national interest, which also included a similar mobilisation around xenophobic tropes and rhetoric.  Following in the ideological footsteps of Jobbik, Orbán hyped up his role as a strongman, depicting outsiders as threatening others to the nation while representing himself as the righteous voice of the people and the sole protector of an endangered Hungarian nation and western Christian civilization more broadly.

In speeches leading up to the election, Orbán has stated ‘we don’t want to be colorful’ and we ‘don’t want to be an immigrant country’. In his final election rally, Orbán stated ‘Migration is like rust that slowly but surely would consume Hungary.’ Effectively embracing ethnic nationalism while rejecting diversity, Orbán challenged the core norms and values of liberal democracy.  In a discourse conflating displacement with international terrorism, migrants are marked out as an existential threat to ethnic Hungarians and their security, values and way of life. The Hungarian government has even reused an image used in an anti-immigration Brexit campaign by the United Kingdom Independence party, turning fears into votes. The image depicts a queue of Syrian refugees crossing from Croatia to Slovenia with a stop sign printed onto the image. 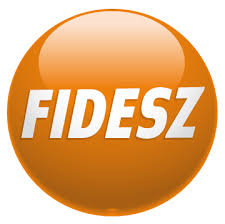 Moral panics and hostility toward the migrant Muslim ‘Other’ in the election campaign have also been fueled by older antisemitic tropes. Fidesz has exploited enemy images of the American-Hungarian billionaire George Soros in their anti-immigration mobilization. Pushing for illiberal policies and anti-EU reforms, billboards and full-page media ads that have appeared across Hungary depict a smiling Soros with the caption: ‘Don’t let Soros have the last laugh’. Other posters have appeared with the words ‘Stop Soros’, warning that America wants to settle migrants from the Middle East and Africa in Hungary and that ‘the opposition would dismantle the border barrier together’. Launched in February 2018, the Fidesz billboard campaign portrays opposition leaders Bernadett Szél (Politics Can Be Different), Ferenc Gyurcsány (Democratic Coalition), Gábor Vona (Jobbik) and Gergely Karácsony (Dialogue for Hungary) holding wirecutters in George Soros’s embrace. The tropes invoked in the election campaign resonate with familiar conspiracy theories circulating amongst far right groups in Hungary and beyond, that George Soros is financing a plan for the Muslim takeover of Europe.

Soros, a long supporter of democratic transition in Central and Eastern Europe, is demonized in traditionally antisemitic terms - a dangerous globalist who is destroying traditional society, security and sovereignty through his support for open border policies. Such conspiratorial thinking about powerful Jews who plot the country’s downfall by using Muslims as a biological weapon show how antisemitism and Islamophobia are fused together and serve as symbolic and rhetorical resources in the emergence of new grammars of exclusion. While the fear and fantasy relate to Jews and migrants of Muslim origin, they resemble older conspiracy theories targeting the Roma minorities. The Roma as the Jew’s biological weapon against Hungarians is an established conspiracy theory that is regularly invoked at the right-wing extremist website kuruc.info that has explicit connections to Jobbik.

While Fidesz has transformed into a fully-fledged populist, radical right party, Jobbik has used the past few years to change its grammars of exclusion in order to broaden its appeal. The party leader of fifteen years, Gábor Vona, has long expressed his admiration for Islam and the Muslim and Arab world. Following the refugee crisis of 2015, Jobbik made a U-turn on its traditional positive stance on Islam, marking Muslim migrants as threats to the nation. While the figure of the non-European (mostly Muslim) ‘Other’ unites the Hungarian radical right, Vona has strived to moderate the party traditionally known for its antiziganism and antisemitism. Vona has posed with his arms around Roma minorities in the Hungarian countryside, the very people he dehumanized in order to gain political power. He has sent Hanukkah greetings to Jewish leaders in an effort to expunge accusations of antisemitism and patted puppies to show a softer side to the party.  However, it would be premature to interpret these recent shifts as evidence that Jobbik and Fidesz have switched places in the Hungarian political landscape. While a polished Jobbik appear more moderate on the surface, the radical ethnonationalist agenda remains the same.

What is clear, however, is that Orbán rather than Vona had the winning formula insofar as the Hungarian electorate were concerned. Preliminary results show that Fidesz is on course to win a two-thirds majority with 133 seats out of 199 whilst Jobbik, which came second, was unable to obtain more than 26 seats in Parliament, perhaps indicating that nationalist voters did not trust the party’s transformation. Vona promptly announced his resignation of as Jobbik’s leader, and the party will yet again have to choose what profile it should cultivate if it is to recover. But what is sure is that by adopting Jobbik’s ultranationlist style of politics, Orbán has transformed Fidesz from a Christian conservative party to a fully-fledged populist radical right party. The side effect of this has been to curb Jobbik’s growth. Fidesz’s adoptation of Jobbik’s playbook shows that scaremongering over migrants and minorities works. Moreover, it highlights the effects of Orbán’s dangerous dance with the far right, which has seen him embrace their agenda, jettison liberal values, and move Hungary further along a sliding path towards autocracy, all of which will undoubtedly present the European Union with a major challenge in the coming months and years.

Cathrine Thorleifsson is a researcher at Centre for Research on Extremism, University of Oslo, holds a PhD in Anthropology from the London School of Economics and Political Science (2012). Her chief theoretical interests lie in anthropological approaches to the study of nationalism, migration, borders and xenophobia.