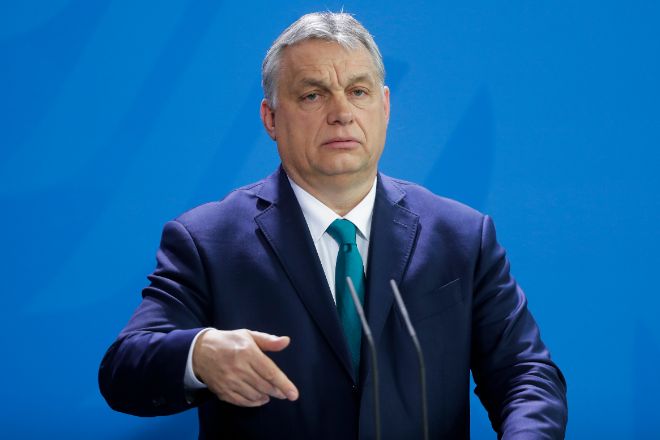 In 2015 anthropologist Cathrine Thorleifsson travelled to England and Hungary to conduct fieldwork in order to study why so many of the people living there voted for right wing populist and radical parties. In her book entitled National Responses to Crises in Europe (2019) she shows how local influences in the extremist circles she visited were taking advantage of global crises in order to promote polarising identity policies and old hatreds.

"Populist nationalism in Europe has flourished precisely as a consequence of global crises linked to the economy, migration and now: public health. Ms. Thorleifsson says that when people experience existential uncertainty over time, populism’s protectionist claims about protecting borders and national identity can be appealing.

The researcher from C-REX – The Centre for Research on Extremism says that she is waiting with baited breath to see how the current ongoing nationalisation processes, like those in Hungary and Poland, and international cooperation will be affected by the coronavirus pandemic. According to Ms. Thorleifsson crises often create a twofold response.

She says: “Crises provide opportunities for both increased international cooperation and exclusionary nationalism. Global solidarity can be extended from the recognition of common human vulnerability, or crises can be used for reinforcing distrust and spreading excessive fear, which in turn can serve to reinforce borders against other countries and people.”

According to the anthropologist, Covid-19 – and the unrest which accompanies the health-related and economic aspects of the pandemic – have in all cases become the new norm.

She says: “I call it “infectious fascism” which develops rapidly in a global co-authorship on transnational platforms. There are many surprising alliances, ranging from incel (a male online subculture with extremist tendencies, journalist’s comment) representatives in the USA to so-called “Alt-Right activists in Scandinavia and Hindu nationalists in India.”

However, the demonisation of minorities and migrants is a subject which, according to the anthropologist, unites the different groups.

“The “dangerous” Muslim migrant is a useful scapegoat which effectively transverses borders. Rather like anti-Semitic images of a Jewish threat during the 1930s,” says Ms. Thorleifsson.

“I have observed that this type of racist propaganda is driven along historical lines,” she says.

In the networks investigated by this researcher there are currently a handful of conspiracy theories which are circulating in the form of memes (politically charged combinations of text and images), videos and false news stories which are linked to the origins of the coronavirus.

“The most widespread theory is that Jews are using the coronavirus as a biological weapon in order to achieve global domination. In this case it is clear how old anti-Semitic hatred is being actualised in the face of a new crisis. Furthermore, China is being accused of using Covid-19 as a biological weapon for destroying the West. Or China is in cahoots with Bill Gates to take control of the world with a vaccine,” says Ms. Thorleifsson.

Another variant is that people are being dehumanised.

“We saw this very early on in the crisis, before the epidemic arrived in Europe. That racism was increasing against people with Asian backgrounds, and Trump’s attempts to rename Covid-19 the Chinese virus,” says Ms. Thorleifsson.

Since the 2nd World War a considerable amount of research has been conducted on nationalism and the far right in Europe. Nevertheless, Cathrine Thorleifsson would like to see greater focus being placed on the historical reasons behind the ideology. She believes that research on contemporary, illiberal tendencies in Europe must be met by historically grounded perspectives.

“For example, in order to understand what is happening in Hungary today, we must go back one hundred years to 1920 when Hungary lost two thirds of its territories in and with the Trianon Treaty as part of the settlement after the 1st World War,” says the researcher.

Illiberal nationalism is gaining increased support in Hungary, and Viktor Orbán’s party, Fidesz, and its ally, the KDNP, have a strong majority in the Hungarian parliament. Ms. Thorleifsson points out that populist nationalists thrive on crises and often play on a sense of crisis in order to mobilise support.

“Orbán’s popularity is largely due to his ability to play on the emotions of an abused, hurt nation and the loss of Greater Hungary. After the refugee crisis Orbán has regarded himself as being a strong protector, not just of Hungary, but of Christian civilisation against Islam. In this way the refugee crisis has been useful for “crisis construction”, where historical and current events are linked to create a narrative of external threats and heroic defence,” says Ms. Thorleifsson.

“Rather like the way in which the Leave campaign, which paved the way for Brexit, was strategically rooted in nostalgia for the heyday of the empire,” she says.

The anthropologist maintains that several parliamentarians from the Hungarian right wing radical party Jobbik are qualified historians with a clear awareness that the struggle for power is a struggle for history.

“It is no wonder that the focus on cultural heritage, roots and purity is being exploited in a time when globalised crises can be experienced as being destabilising for one’s identity,” says Ms. Thorleifsson.

On 31 March the Hungarian parliament imposed a state of emergency without an end date. The law permitted Orbán to govern by decree, without involving the National Assembly. This state of emergency also made it possible to prosecute any attempts at “spreading falsehoods and distorting the truth in connection with the crisis”, as stated in the wording of the legislation.

“Hungary is one example of how Covid-19 has been used at an opportunity for consolidating authoritarian power,” says Ms. Thorleifsson.

Following massive international criticism, these provisions were repealed on 16 June, although new legislation allows for its rapid reintroduction.

In her article entitled “Quarantining Hungarian Democracy”, the C-REX researcher writes that today democracies are more often being defeated at the polling stations than by military coups and demonstrations. The death of democracy is silently taking place via seemingly democratic processes – elections, legislative amendments and increasing contempt for democratic norms and political opponents.

“The corrosion of democracy is also happening in some of the world’s largest democracies, where authoritarian populists have been voted in, such as in the USA, Brazil and India,” says Ms. Thorleifsson.

The question is how the EU, which places emphasis on differentiated integration, as pointed out by ARENA researcher Jarle Trondal in ”The World with Viruses: Strengthening European Cooperation”, will face illiberal developments in its member countries, such as Hungary.

Ms. Thorleifsson believes that it is essential that the EU does not remain passive about the erosion of democratic institutions, or heads of state who are using Covid-19 as an excuse for the further consolidation of power.

“There are many people who want to use this crisis for their own benefit, both for cementing power and for spreading disinformation and xenophobia. The international community must respond in order to safeguard human dignity and democracy.”