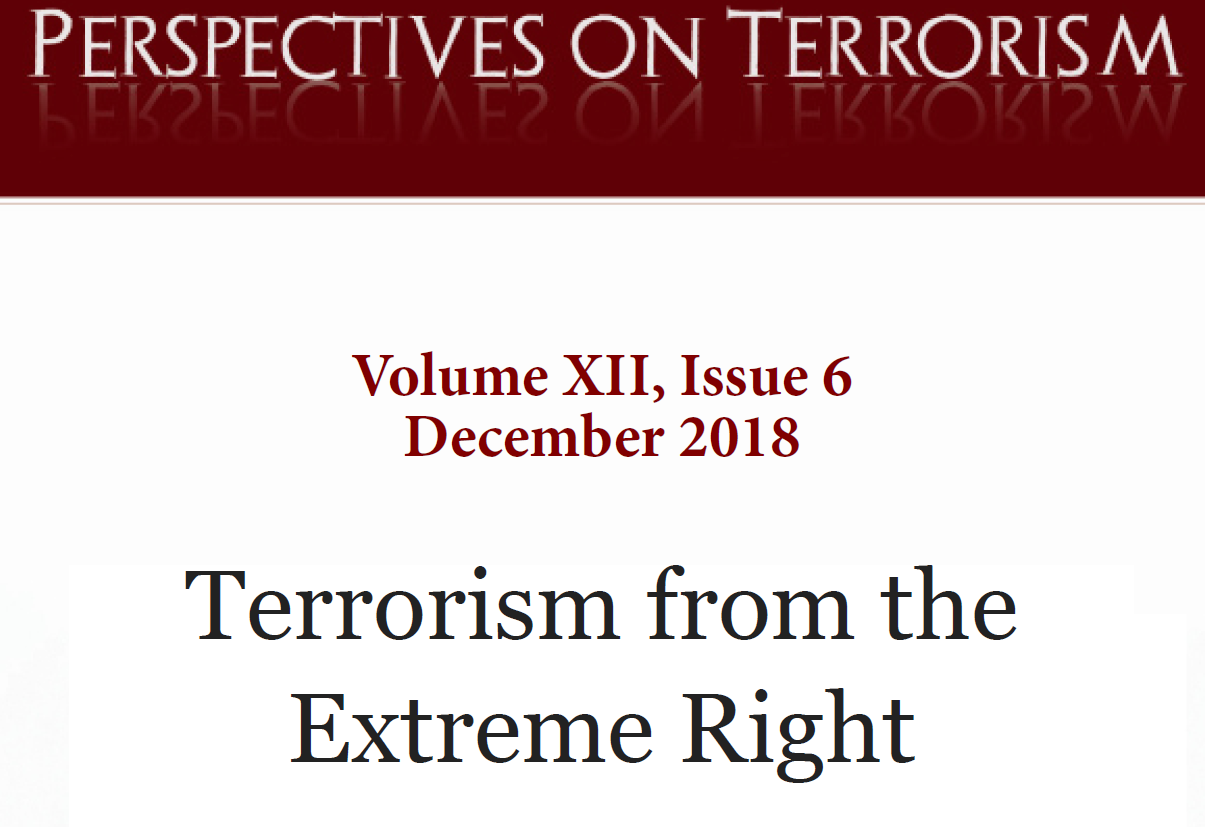 Last year, we invited a select group of scholars to submit original analyses of key developments in the field of right-wing extremism, violence and terrorism, with a special emphasis on contemporary actors, their modus operandi, and the conditions shaping them. All those who had submitted papers were also invited to a workshop at the University of Oslo on 15-16 February 2018 in order to discuss and revise their original manuscripts. A selection of these manuscripts was then submitted for external peer-review and eventually approved for publication in this Special Issue of Perspectives on Terrorism.

Following the 9-11 attacks in 2001, extreme-right terrorism has received far less scholarly and political attention than Islamist terrorism. However, as several of the contributors to this Special Issue make clear, violence committed by extreme right perpetrators represents a very real threat, although it differs considerably from Jihadi terrorism in a number of ways.

With a few notable exceptions, political violence from the extreme right tends, in many Western countries, to be more frequent than that from Salafist jihadists. At the same time, right-wing attacks usually result in fewer victims per attack than the ones emanating from jihadi terrorists.However, cumulatively, incidents of extreme right-wing violence add up to large numbers, as in Russia, where 459 people were killed in 406 deadly events between 2000-2017 (Enstad, in this issue).

This Special Issue of Perspectives on Terrorism explores the modus operandi of extreme right terrorism and violence – investigating why but also how violent events occur. It is the first Special Issue of an academic journal on terrorism from the extreme right since a 300 pages strong Special Issue on this topic was published in Vol. 7, Issue 1 of Terrorism and Political Violence in the Spring of 1995, also guest-edited by Tore Bjørgo. In the meantime, much has happened in terms of conceptual development and improvements in data quality, as well as theory formation.

These developments are analysed in more detail in the introductory article to the current Special Issue, where Jacob A. Ravndal and Tore Bjørgo compare the contents of both Special Issues, aiming to bring this research field one step further.

Investigating Terrorism from the Extreme Right: A Review of Past and Present Research
by Jacob Aasland Ravndal and Tore Bjørgo

Recent Trends in German Right-Wing Violence and Terrorism: What are the Contextual Factors behind ‘Hive Terrorism’?
by Daniel Koehler

Only Bullets will Stop Us!’ – The Banning of National Action in Britain
by Graham Macklin