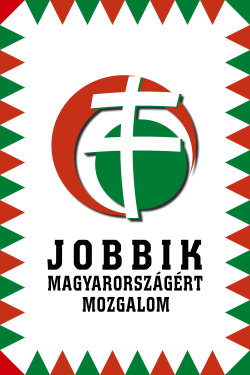 Viktor Orbán and his populist radical right Fidesz is with the support of Jobbik sliding towards autocracy. A favorite scapegoat for the Hungarian neo-nationalists is the American-Hungarian, Jewish philanthropist George Soros.

The Hungarian state’s attack on Central European University founded by American-Hungarian philanthropist George Soros is symptomatic of the slow sliding towards autocracy Prime Minister Viktor Orbán has embarked on.

Since Orbán’s return to office in 2010, his ruling populist-right Fidesz has drawn Hungary in an increasingly authoritarian direction. Orbán has openly embraced illiberal democracy as a model of statehood. He has used his party’s two-thirds majority in parliament to pass bills that effectively attack or dismantle the checks and balances of democracy; the electoral process, media and academic freedom, civil society and judicial independence.

In tandem with consolidating power, Orbán has hyped up his role as Hungary and Europe’s strongman. Through an affective politics of fear, Orbán exploits religion and irredentism, presenting himself as the righteous protector of a nation and civilization in danger.

This was evident with the mass migration of 2015 that was used by the government to boost popular support for securitization policies. A sense of crisis allowed Orbán to shift public attention from Hungary´s scandals of corruption, to the ground of immigration and national security. Numerous xenophobic, anti-immigration campaigns propagated by Fidesz drew sharp boundaries around an imagined virtuous Hungarian nation in relation to the “lenient elites” in Brussels and Muslim “crimmigrants”.

Orbán presents himself as the authentic voice of the people and protector of a Christian tradition of the West that is endangered by liberal “globalists” such as Chancellor Angela Merkel and George Soros.

The attack on liberal actors and institutions is a key mechanism for how Orbán paves the way for radical Hungarian nationalism in the name of allegedly defending the nation against “enemy groups”.

Since 2010, the rise of the far right Jobbik ‘movement for a better future’ has had a clear effect on Orbán. Fidesz has radicalised its agenda, adopting rhetoric and policies traditionally associated with the ultranationalist party that is known of old for its antisemitism, anti-Zionism, anti-ziganism and anti-liberalism. While Jobbik has strived to “dedemonise” the party, the extremist message remains the same.

The Jobbik leaders I interviewed in 2015 presented a dystopic view of globalisation and liberal democracy, fearing that all will erode national identity and sovereignty. MP Márton Gyöngyösi repeatedly stressed during my parliamentary interview that: “Liberalism is our enemy number one.”

According to Jobbik, those responsible for spreading liberalism are the corrupt elites, the lying press, the liberal courts and liberal academics with dangerous and “non-patriotic” ideas.

Jobbik’s solution to the alleged moral decay occurring under liberalism is a return to nationalism modelled around a nostalgically remembered golden era of ‘Greater Hungary’. Ethno-national boundaries must be reinforced to protect Hungary against, in the words of the leader Gábor Vona, “the darkness of globalisation”.

In 1989, Orbán spent one year in Oxford on a scholarship from the Soros foundation. He had the same supervisor as Bill Clinton, Polish-born political philosopher Zbigniew Pełczyński. Evidently, the ideas he acquired did not translate into support either for liberal democracy or George Soros.

The hatred towards George Soros reached new heights during the refugee crisis of 2015, providing fertile ground for conspiratorial anti-systemic narratives. Interviews with Jobbik politicians and supporters on their views and responses to mass migration frequently turned to a discussion of George Soros who they cited as responsible for all the societal ills associated with globalisation.

In an apocalyptic discourse conflating forced displacement with crime, informants claimed that the “national traitor Soros” was financing a secret masterplan to turn Europe into a Muslim caliphate. One man who had brought his wife and five-year old daughter to a Jobbik forum on migration had never encountered Muslim refugees in person. Still, he was passionately convinced that they were ‘the biological weapon of the American and Israeli Jews who wanted to spread Islam to Europe’.

Such conspiracy thinking about a Jewish masterplan to take over Christian Europe with uncontrolled migration from Muslim lands reconfigures antisemitism and islamophobia so that they are brought together into a new grammar of exclusion.

While the fear and fantasy relate to Jews and migrants of Muslim origin, they resemble older conspiracy theories targeting the Roma minorities. The Roma as the “Jew’s biological weapon against Hungarians” is an established conspiracy theory that is regularly invoked at the right-wing extremist website kuruc.info that has explicit connections to Jobbik.

It is worth noting that imagery of George Soros and a liberal, Jewish elite engulfing the globe and financing open borders is not confined to Jobbik circles, but can be found elsewhere, including the conspiratorial Breitbart News.

A defining characteristic of this populist form of autocracy is the rejection of diversity and the attack on democratic institutions. Orbán is succeeding in both. With the numerous legislative amendments attacking the checks and balances of democracy, he is essentially removing the voices of opposition.

When it comes to minority rights and protection, he appears more as an opportunist. He has allowed Jobbik’s radical nationalism to move from the margins to the mainstream. A clear and consistent troubling pattern of xenophobia has increasingly influenced Fidesz’ securitisation of difference. Both Fidesz and Jobbik have created a common nationalist identity and purpose for chosen insiders while criminalizing internal and external others.

In illiberal Hungary, George Soros has come to function as a “conceptual Jew”, an abstract thought category to which all sorts of violent social imaginaries of enemies of the nation are ascribed.

The slow sliding towards autocracy in Hungary is a pertinent reminder that democratisation processes in post-communist Europe are inherently volatile and reversible.

Liberal democracy is always vulnerable because its strongest opponents can make use of their right to challenge its foundation. The path ahead depends on the degree to which the EU together with concerned citizens opposing the illiberal turn can mobilise themselves and act to protect democracy, together with the conventions, freedoms and values that sustain it.

The website was one of the sponsors of Jobbik’s undercover campaign on migration, with its logo printed at the poster advertising the event in Martonvásár.

This op-ed was first published in OpenDemocracy, April 6 2017

Cathrine Moe Thorleifsson holds a PhD in anthropology from the London School of Economics and is currently a researcher at C-REX - Center for Research on Extremism and the Department of Social Anthropology, University of Oslo.