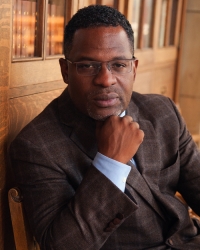 His first book, Fighting for Democracy: Black Veterans and the Struggle Against White Supremacy in the Postwar South (Princeton University Press, 2009), winner of the American Political Science Association's Ralph J. Bunche Award, takes a fresh approach to the civil rights movement by gauging the extent to which black veterans contributed to social change.

A second book, Change They Can't Believe In: The Tea Party and Reactionary Politics in America (Princeton University Press, 2013), explores the beliefs, attitudes, and behavior of the Tea Party. This book won the American Political Science Association's award for the best book in Race, Ethnicity, and Politics.

A third book, currently in progress, Haven't We Seen this [Stuff] Before?: The Reactionary Right and the Origins of Contemporary Racial Politics, examines the forebears of the Tea Party, and how their resistance to progress resulted in the present political climate in which America remains mired in racial conflict.

For a long introduction to Prof. Parker’s work, check out this video from C-SPAN.