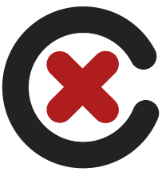 Right-wing extremism (RWE) has yet again emerged as a significant threat to liberal democracies, social cohesion, minorities and political opponents. Thus far, the political science literature on this topic has primarily focused on parties and electoral behavior. Numerous studies have interpreted the ideology of extreme right parties, analyzed how they organize, and perhaps most extensively, explained why certain voters support these parties. However, RWE also exists outside of party politics and the electoral arena – mainly in the form of violence, vigilantism, street activism, hatred online and everyday prejudices. This development should encourage political scientists to move beyond the standard institutional approach to RWE in which parties and voters are the main foci of interest.

This Section will analyze the nature, strength and impact of RWE outside of formal party politics in postindustrial societies. Who are the main actors in (un)civil society – offline as well as online, violent as well as non-violent, single intellectuals as well as organized social movements – pushing (parts of) the extreme right agenda? What kind of economic, cultural and/or political factors explain their success or failure? What determines their impact? Existing research suggests that some of the key questions relates to (1) the role of ideology, (2) degree of organization and (3) patterns of mainstream reactions. Firstly, how important is ideology for right-wing terrorists, vigilante groups or online users expressing hatred towards immigrants and/or minorities? Secondly, to what extent should RWE violence, vigilantism and hatred online be interpreted and explained as organized activities? And finally, how can we make sense of the varieties of mainstream reaction that we observe across Europe with regards to RWE violence, vigilantism and hate speech?

The Section has 5 Panels:

Former Combatants, De-Radicalisation and the State chaired by Gordon Clubb, University of Leeds

Hate and Activism on the Internet chaired by Eugenia Siapera, Dublin City University

Pathways to Inclusion of Muslims in Contemporary Europe chaired by Elisabeth Ivarsflaten, University of Bergen

In addition, C-REX Researchers will also present papers in the section Populism, Political Radicalism and Political Extremism: Normalisation and Contestation in Changing Democracies.