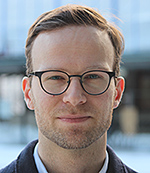 We need to answer such questions as precisely as possible in order to effectively combat and prevent antisemitism in general and violent antisemitism in particular, but we lack the knowledge to do so because systematic studies of the subject are few and far between. As a step towards filling this research gap, the current report presents some tentative findings about violent antisemitism in a sample of European countries and proposes directions for further research.

Combining incident data based on police reporting with a 2012 survey on antisemitism carried out by the European Union’s Fundamental Rights Agency (FRA), this report tentatively compares the levels of antisemitic violence in different countries. The seven-country sample contains comparable data for France, UK, Germany and Sweden only. Among these countries, Jews’ exposure to antisemitic violence appears to have been highest in France, lower in Sweden and Germany, and lowest in the United Kingdom.

Figures for Norway, Denmark and Russia are not directly comparable because of differing data sources. However, Russia clearly stands out with a very low number of incidents considering Russia’s relatively large Jewish population. Russia is also the only case in which little evidence has been found to indicate that Jews avoid displaying their identity in public.

Available data suggest that individuals of Muslim background stand out among perpetrators of antisemitic violence in Western Europe, but not in Russia, where right-wing extremist offenders dominate. Attitude surveys corroborate this picture in so far as antisemitic attitudes are far more widespread among Muslims than among the general population in Western Europe.

The findings presented here are tentative. More and better data as well as more research are needed in order to form a more accurate picture of the nature and causes of antisemitic violence, a prerequisite for determining relevant countermeasures.

Johannes Due Enstad is a Postdoctoral Fellow at the Department of Literature, Area Studies, and European Languages, University of Oslo. He is also affiliated with the Center for Research on Extremism (C-REX) at the University of Oslo. Enstad currently studies right-wing militancy in post-Soviet Russia, teaches Russian history, and works on his first book, which deals with Russians under German occupation during World War II and will be published by Cambridge University Press. Enstad has previously worked as a researcher at the Norwegian Defence Research Establishment and the Center for Studies of the Holocaust and Religious Minorities.

Jointly published by the Center for Studies of the Holocaust and Religious Minorities and Center for Research on Extremism (C-REX), University of Oslo