The internal brakes on violent escalation: Understanding processes of non- or limited-escalation

In collaboration Consortium for Research on Terrorism and International Crime, C-REX invites to a lecture with Dr. Joel Busher from Coventry University, on the internal brakes of violent escalation.

Time and place: The internal brakes on violent escalation: Understanding processes of non- or limited-escalation May 22, 2019 9:15 AM–10:30 AM, Eilert Sundts hus, Auditorium 2 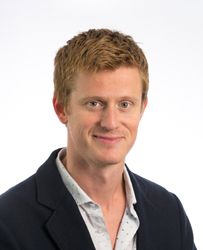 During the last two decades there has been a dramatic expansion of research on violent escalation or ‘radicalisation towards violence’ by ‘extremist’ groups or actors. There has also been growing research interest in processes of de-escalation or de-radicalisation. Yet existing research is far less well equipped to explain instances of non- or limited escalation. So, why do some ‘extremists’ or ‘extremist groups’ choose not to engage in violence, or only in particular forms of low-level violence? And why is it that even in deeply violent groups there are often thresholds of violence that members rarely if ever cross, even if they apparently have the capability to do so?

In this presentation we discuss what would appear to be an important part of any satisfactory answer to such questions: the mechanisms through which members of the groups themselves contribute to establish and maintain limits upon their own violence – what we refer to as the ‘internal brakes’ on violent escalation. Drawing on three very different case studies – the transnational and UK jihadi scene from 2005 to 2016; the British extreme right during the 1990s, and the animal liberation movement in the UK from the mid-1970s until the early 2000s – we trace out five sets of brakes, and how these brakes work and sometimes fail.

The typology that we present provides a vocabulary and a set of concepts that can be used by researchers, analysts and other policymakers and practitioners alike to better assess and understand patterns of political violence and how interventions intended to inhibit political violence might play out on the ground.

Dr Joel Busher is a Senior Research Fellow at the Centre for Trust, Peace and Social Relations (CTPSR), Coventry University. His primary research interests are in the social ecology of political violence and anti-minority politics, and the implementation of counter-terrorism policy and its societal impacts. He has published extensively on these topics in leading academic journals, and frequently presents to and advises relevant policymakers and practitioners. He is an Associate Editor of Behavioral Sciences of Terrorism and Political Aggression, and is an Expert Consultant on the International Consensus Guidelines Committee of the Canadian Practitioners Network for the Prevention of Radicalization and Extremist Violence (CPN-PREV). His book, The making of anti-Muslim protest (Routledge), was awarded the British Sociological Association’s Philip Abrams Memorial Prize. He tweets @joel_busher