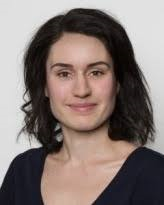 Over the last few years, a number of studies analysing characteristics and behaviours of a range lone violent actors have emerged. These actors include school shooters, mass murderers, lone actor terrorists, and attackers of politicians and public figures. To date, research has predominately treated these actor types as distinct groups. However, given the noted similarities across these actor groups, recent advances in policing practice in the United Kingdom and Australia have led to the establishment of grievance fuelled violence centres.

These centres focus on preventing violence across all of the aforementioned actor types. According to practitioners, those classified as grievance fuelled violent actors often present with intensely personal grievances which have been sparked by a perceived injustice, express their grievance and intentions known to those close to them, and present with a higher than expected prevalence of mental health problems. Despite the advancements in practice, research literature specifically examining grievance fuelled violence as a holistic concept is currently constrained to theoretical propositions and descriptive analyses demographics of small n datasets.

Dr Emily Corner is a Lecturer of Criminology at the Centre for Social Research and Methods at the Australian National University. Prior to joining the ANU, Emily was a Research Associate at the department of Security and Crime Science at University College London, working on projects examining lone and group-based terrorism, radicalisation, mass murderers, and fixated individuals.

Her doctoral research focused on examining mental disorders and terrorist behaviour, and won the Terrorism Research Initiative’s Thesis award in 2016. She has published in leading psychology, forensic science, criminology, threat assessment, and political science journals. She has worked on research projects funded by Defence Science and Technology Laboratory, the European Union, the National Institute of Justice, the Department of Defence, and the Department of Home Affairs. Prior to her doctoral research she worked across step-down, low, and medium secure psychiatric hospitals, in both inpatient and outpatient settings.