Professor Sveinung Sandberg, Department of Criminology and Sociology of Law, presents his research in his project Radicalization and Resistance 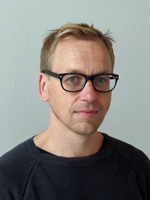 A background in 'ordinary' crime, violence and drug use seems to characterize many European individuals recently involved in ISIS related jihadi-violence. With its long tradition of studying marginalized populations and street culture, criminology offers novel ways to theoretically explore these developments.

In this presentation, Sandberg demonstrate how Pierre Bourdieu's concepts of capital and habitus allow for a nuanced analysis of how certain individuals move from street to politico-religious criminality.

He shows that 'investments' in street capital can be expended within the field of violent jihadism, and argues that an embodied street habitus supports continuities in attitudes and behaviours within different violent contexts.

While street culture is a place for recruitment of new violent jihadists, it is also a hotspot of resistance towards terrorist organisations.

Using data from a new ethnographic fieldwork with Norwegian street criminals, he discusses mechanisms that keep criminals away from terrorist networks, and the implications the new street-jihadi nexus has for policymakers and police.