The rise of a transnational radical right in Europe

Following decades of division, leading parties from the populist radical right are now co-operating at the European level to push their key policies and oppose the EU. 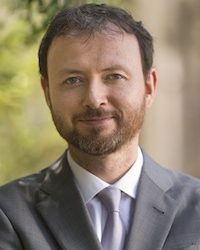 Created in June 2015, the Europe of Nations and Freedom (ENF) group brings radical right populist parties such as the French Front National, the Dutch Party for Freedom, the Italian Northern League and the Austrian Freedom Party together in a single European Parliament group for the first time.

Based on interviews with key figures in the parties, professor Duncan McDonnell discusses why these parties have come together now, what the future may hold for the transnational radical right and what the implications are for European democracy.

Duncan McDonnell is Professor in Politics at the School of Government and International Relations at Griffith University in Brisbane.

He was previously a Marie Curie Fellow at the European University Institute in Florence. He has co-authored Populists in Power (Routledge, 2015) with Daniele Albertazzi and co-edited Saving the People: How Populists Hijack Religion (OUP,  2016) with Nadia Marzouki and Olivier Roy.

He is currently working with Annika Werner from Griffith University on a book about the European-level alliances formed by radical right populist parties. He tweets at @duncanmcdonnell