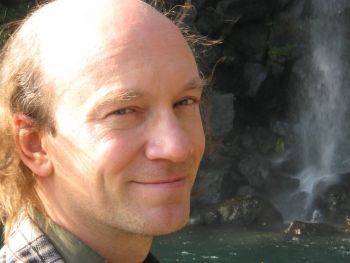 Horkheimer and Adorno's Dialectic of Enlightenment, first published just over seventy years ago, contains a critique of capitalist society as the extreme point in the development of a human civilization that expands our productive and intellectual potentials while it also constrains our capacity to make use of them.

This critique takes as its immediate object primarily fascist National Socialism but also ‘Western’ liberal democracy (and, in passing, Soviet state-capitalism), their antagonism notwithstanding. Dialectic of Enlightenment extends the temporal frame of what it addresses as ‘enlightenment’ (which is in German a much more generic concept, denoting more than the eponymous 18th century movement) into the distant past of Homeric Greece because this shift of perspective makes the differences between the political systems of the present seem less significant.

Articulating critiques of both liberalism and the labour movement, it rejects the easy but illusory view that after the defeat of National Socialism, modern society could simply resume business as usual minus those Hitlerite ‘excesses’, bracketing fascism as a deplorable accident.

Following comments by Lukács, Habermas and others, this totalising perspective has traditionally been interpreted as an expression of doom-and-gloom, all-round hopeless pessimism. Close reading shows, though, that there is an optimistic current running through Dialectic of Enlightenment which trusts that enlightenment can potentially ‘break through [its own] limitations’, as the last sentence of the fifth chapter (‘Elements of antisemitism’) suggests.

Enlightenment, understood as the inherent logic of human civilization, must turn its utopian potential against its dismal actuality, in which the sustained effort to dominate (external and internal) nature turns everything into nature. Horkheimer and Adorno argue on the one hand that enlightenment has strengthened domination, but on the other that it is essentially subversive of domination.

The talk will demonstrate how the quasi-anthropological perspective on human civilization frames both the (overt) rejection of false hope and the (muted) articulation of a fragile optimism based on civilization’s inherent dialectic. I will also try to point to aspects of this argument that have contemporary resonance. Attendees might find it useful to read as preparation this short piece that contains some of the basic arguments.

Marcel Stoetzler is Senior Lecturer in Sociology at Bangor University, UK. He works on social and political theory, intellectual history and historical sociology. His publications include Beginning classical social theory (Manchester University Press, 2017), the edited volume Antisemitism and the Constitution of Sociology (University of Nebraska Press, 2014) and The State, the Nation and the Jews. Liberalism and the Antisemitism Dispute in Bismarck’s Germany (University of Nebraska Press, 2008).

Journals his work has been published in include Sociological Inquiry, European Journal of Social Theory, Nations and Nationalism and the European Review of History, as well as weblogs such as openDemocracy and History & Policy. He is an editorial board member of Patterns of Prejudice and a fellow at the Centre for Jewish Studies at the University of Manchester