Workshop on Gender and Extremism

This two-day workshop aims to bring together distinguished scholars from different scholarly fields to examine the various intersections of gender in extremist movements. Our aim is to better understand how notions of gender identities, values, norms and behaviours frame views and ideologies. We aim to examine the roles of men and women alike, and the extent to which gendered norms and values become an axis for differing political identifications, and outcomes. 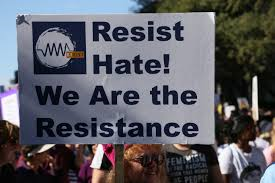 While the interconnection between gender and extremist movements is a strong focus in both reporting and research, we see that the strongest policy engagement in this field is linked to women’s roles in potential de-radicalization efforts. One example is the countering violent extremism (CVE) agenda, as formulated by the United Nations Counter-Terrorism Committee where they place gender concerns center stage as exemplified in the following formulation;

- There is a growing awareness of the significant role played by women in countering and assisting in terrorism and violent extremism. Because women are often highly influential in families, communities, and Governments, their proactive participation in counter-terrorism efforts can effect positive change. However, there has also been a steady increase in the radicalization and recruitment of young girls and women by female terrorists

While we see the value in focusing on the interconnectedness with gender and extremist movements, this is a very limited understanding of how gender operates in extremist movements. Our goal is to broaden the understanding and ask how gender dimensions intersect on multiple levels of engagement as well as dis-engagement and what this means for in-group and out-group identification and conceptualization. More specifically, we wish to explore;

We will discuss the questions above in relation to movements (their ideology and activities), online presence, recruitment and prevention.

This workshop is for invited participants only.

C-REX - Center for Research on Extremism: The Extreme Right, Hate Crime and Political Violence, University of Oslo
E-mail this page