Jan-Werner Müller from Princeton University gave the lecture 'Fear and Freedom: The Legacies of Mid-Twentieth-Century Liberalism' as a part of the series 'The 1814 Lectures' at the University of Oslo 22 October 2012. 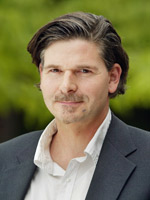 Jan-Werner Müller has received much attention for his unusual analysis of the development of European liberal democracy in his latest book ’Contesting Democracy: Political Ideas in Twentieth-Century Europe’, published with Yale University Press in 2011. Here Müller gives an account of the history of political thought in twentieth-century Europe and pays particular attention to the many failures of leading intellectuals in upholding democratic standards.

Müller’s analysis is highly relevant in light of the current euro crisis and the European Union’s fiscal treaty. He argues that the real victor after the Second World War was democracy constrained by constitution and other non-majoritarian institutions. Technocracy is not a new feature in European politics.

Müller is Professor of Politics at Princeton University where he directs the project ”History of Political Thought”.

The 1814 Lectures series is organised by the Norwegian Research Council together with The Freedom of Expression Foundation (Fritt Ord) and the universities of Bergen, Oslo and Tromsø and the Norwegian University of Science and Technology, in connection with the Bicentennial Celebration of the Norwegian Constitution in 2014. The series will shed light on the historical complexity and ambiguity of a central term in all constitutions; the seemingly straightforward concept freedom.

The series opened with a lecture by Quentin Skinner in Bergen on the 30th of May 2012. In the summer of 2013 Lynn Avery Hunt from the University of California, Los Angeles will hold a lecture in Trondheim. In Autumn 2013 the lecture series moves to Tromsø, before it ends in Oslo Spring 2014.