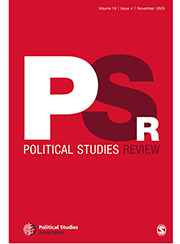 In the fight against climate change, renewable energy has been subsidised in many countries. With the costs passed onto consumers, governments are paying those, for example, who instal domestic solar panels on top of their homes and feed electricity back into the system at preferential rates. We know that substantial amounts of income flow into households with solar installations as a result, but we do not know much about the political consequences of these programmes. Similar government programmes are known to have resource and interpretative effects on participants, leading to changes in their attitudes. Drawing on three longitudinal surveys from Germany, United Kingdom, and Switzerland, this article analyses whether installation of these solar panels causes meaningful changes in households’ various political attitudes. Using fixed-effect models as the identification strategy, the article reports null results – solar installations do not seem to generate political attitudes. This is good as well as bad news for actors looking to increase the amount of renewable energy produced through solar installations.