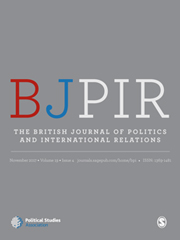 The European Union’s foreign and security policy is commonly described as an intergovernmental affair. Despite limited formal powers, several studies suggest that the European Parliament has increased its influence on the Union’s foreign and security policy. This article argues that, to gauge the significance of parliamentary participation, it is necessary to look beyond the notion of formal parliamentary rights and to take into account informal influence. The analysis shows how informal avenues of influence are crucial at certain stages of the decision-making process, and points to factors that constrain and enable parliamentary impact. Furthermore, it emphasises the important role that parliaments play in scrutinising security policy, which is a crucial component of democratic governance. In this particular field where there is little legislation, the establishment of solid procedures and practices for oversight and control can also be a significant indicator of parliamentary influence.