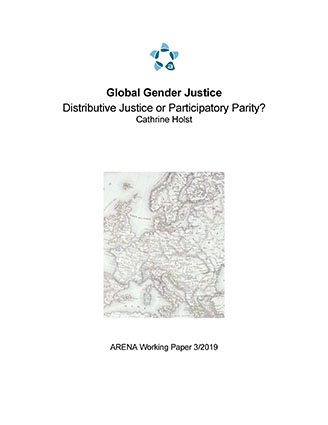 The paper compares two prominent approaches to global gender justice; Alison Jaggar’s ‘distributive’ approach and Nancy Fraser’s ‘participatory’ approach. It argues that both theories have contributed valuably to develop the feminist criticism of conventional justice theories, and to conceptualise and criticise the entanglement of global injustices and gender vulnerability. However, there are also considerable differences between the two theorists, in that Fraser makes a break with ‘the distributive paradigm’ and puts the relationship between justice and democracy at the centre stage, whereas Jaggar formulates her justice notion in distributive terms, and leaves the more detailed relationship between justice and democracy largely unaddressed. The two theories are furthermore discussed and assessed in light of the GLOBUS framework and its conceptions of global political justice. It is argued that justice as non-domination plays a non-trivial, yet limited, role in both theorists’ approaches. Justice as impartiality also prevails in both contributions, but whereas impartiality ideas are tempered in Fraser by her democratic approach and commitment to the mutual recognition conception, Jaggar’s theory stands out as more limited and with a democratic deficit, from a GLOBUS perspective. However, a fair assessment must consider how GLOBUS is consciously tailored towards questions of political justice. The framework thus sets aside several of the central distributive issues that Jaggar primarily wants to address with her global gender justice theorising. A criticism of a possible democratic deficit in Jaggar’s approach should also distinguish between the promotion of substantive and ‘radical’ ideas of democracy of the kind Fraser pursues, and a commitment to general democratic norms. Finally, the paper draws some lessons from the paper’s discussions for both feminist theory and for GLOBUS.