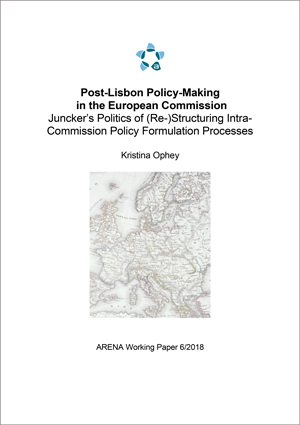 The paper tests one of the most central and still most controversial hypotheses of organization theory: the influence of organizational structures on actors’ decision behavior in intra-institutional policy-making processes. As a recently restructured core executive, the European Commission is the case of investigation. Based on interview data, actors’ cooperation and coordination behavior is evaluated and compared in interdepartmental initiation processes in three policy areas before and after the Juncker reform. The systematic difference in actors’ behavior speaks for a causal effect of organizational variables. Given the alternative perspective that has long dominated administrative science theorizing, emphasizing the causal effect of informal, cultural factors, the strength of the effect astonishes and draws attention to the conditions of the effect of organizational variables.