Daniel Naurin and Adreas Hofmann (Freie Universität Berlin) have published an article in Governance, explaining how European interest groups turn to the courts. 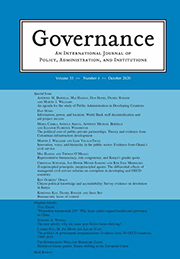 Litigation has long been a part of interest groups' lobbying tactics in the U.S. In Europe, by contrast, taking political conflicts to court has traditionally been viewed with skepticism. However, in the wake of an increasing judicialization of politics in Europe, litigation has also become part of the toolbox of European interest groups. Using original survey data from five European countries, we study how they use that tool. We show that European interest groups go to court somewhat less often than their American counterparts, but that the groups that do end up in court have similar characteristics. Overall, we find that the more politically active and resourceful a group is, the more likely it is to turn to the courts. However, a subset of politically active groups, one that deploys distinct outsider tactics, is more likely to use litigation than the rest. Government funding, however, reduces groups' propensity to litigate.