Lessons from the past?

Christopher Lord examines the 1954 Association Agreement between the UK and the European Coal and Steel Community in the first chapter of the book Outside the EU. 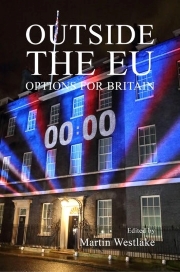 In the debates about the UK’s future relationship with the European Union, all sorts of possible alternatives have been bandied about, from “Singapore on the Thames” to “Canada Plus”, from “Switzerland” to “Ukraine”, from “Norway” to “Australia”. But what do these alternative relationship models really consist of and would they be viable for the UK?

Editor Martin Westlake brings together distinguished contributors to examine these various options, real and potential, and to consider whether they would offer a workable solution for the continued relationship between the EU and post-Brexit Britain.

These essays offer expert insight into the scale and challenge of the practical issues facing Britain as it seeks to establish a new future with its largest trading partner.

Lessons from the past? The 1954 Association Agreement between the UK and the European Coal and Steel Community

The United Kingdom was absent from the creation of the European Communities. But differentiated integration was not. Much from the moment the Schuman Plan was proposed in 1950, both British Governments and the Six founding members anticipated the UK would associate. The UK even expected to be able to lead from the outside.

Yet constraints on that ambition soon became obvious. The UK Foreign Office soon complained about not being able to influence the formation of the European Coal and Steel Communities when it was not a part of the discussions. Not being at the table mattered. Being on the wrong side of the Six's commitment to negotiate as a bloc also mattered. The UK likewise ran into difficulties as soon as it made proposals that implied attempts to establish some intergovernmental supervision of any supranational communities.

The UK eventually had to settle for an association that was neutral in its constitutional implications: that neither obliged the UK to follow the decisions of supranational institutions nor constrained the supranational communities by wider intergovernmental agreements. The result was that association could be no more than a limited functional co-operation to mutual advantage over the management of externalities created by risks of over- and under-supply in the coal and steel industries.

Christopher Lord
Lessons from the past? The 1954 Association Agreement between the UK and the European Coal and Steel Community

In: Outside the EU. Options for Britain
Martin Westlake (ed.)