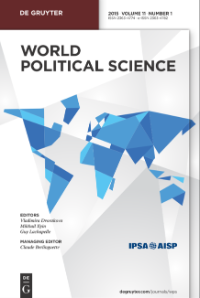 The aim of this article is to examine the role of ministerial officials in an integrated European multilevel administrative order. This study argues that organizational variables at the national level constitute a decisive filtering factor regarding how decision premises emanating from European Union (EU)-level institutions are received by domestic government institutions and officials. The study contributes to the literature in two main ways: Empirically it provides a comprehensive study of the role of Norwegian ministerial officials in the EU multilevel administrative order over a time period of 20 years (n = 3562). Secondly, it applies an organization theory approach to explain variation in actual decision-making behavior. The article discusses factors of general relevance to political science applicable beyond the case at hand. The study shows that ministerial officials are deeply involved with the EU multilevel administration. Moreover, it confirms the pivotal role of organizational factors in public governance processes.