Jarle Trondal is published in Journal of Common Market Studies with a new co-authored article on differentiated integration in a Post-Brexit European Union. 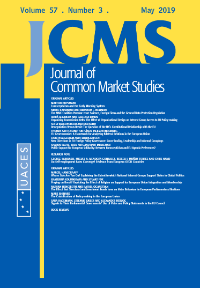 In the aftermath of the British referendum to leave the European Union and the European Commission's ‘White Paper on the Future of Europe’, it is not only time to take stock of the existing literature on differentiated integration, but also to rethink the perimeters of disintegration. We argue that phenomena such as Brexit embrace forms of differentiation which trigger the need for conceptualizing differentiated disintegration altogether. This article first sketches the path of the scholarly debate in a chronological way to grasp the breadth of existing literature. Second, it discusses differentiated disintegration as a potentially new area for research. Mapping several scenarios for future research, we propose that differentiated (dis)integration needs to be conceived as a negotiated, but profoundly path‐dependent process, which is structurally locked‐in, and deeply conditioned by pre‐existing organizations and institutions of European integration.