Guri Rosén has written the article 'Proving Their Worth? The Transatlantic Trade and Investment Partnership and the Members of the European Parliament', which is published in a special issue of the journal Politics and Governance. Rosén is editor of the issue, together with Christine Neuhold of Maastricht University. 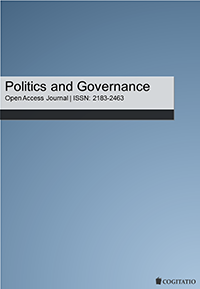 Recent trade negotiations in the EU have provoked unprecedented levels of controversy, in particular the Transatlantic Trade and Investment Partnership (TTIP) between the EU and the US. One crucial channel for public contestation is the European Parliament (EP) which, following the entry into force of the Lisbon Treaty, has to give consent to international agreements. Thus, this article sets out to answer the question: During the dispute over TTIP, did members of the EP (MEPs) engage in the public debate, and if so, how? If they engage in debates, what characterises their engagement: Do they engage with voter concerns, do they engage in a responsive manner, and do they contribute to politicisation as quite a few feared? Building on an analysis of newspaper coverage and plenary debates in the EP, the article shows that many supporters of TTIP attempted to de-politicise the debate, while opponents most frequently evoked ‘the voice of the people’ to politicise TTIP. Thus, MEPs do not only respond to politicisation, they also attempt to make politicisation happen by evoking public concerns. The article highlights the multifaceted relationship between responsiveness and politicisation, where claims responding to voter concerns, are used both to incite contestation and alleviate it.

Out of the Shadows, Into the Limelight: Parliaments and Politicisation (eds.Christine Neuhold and Guri Rosén), Politics and Governance, vol. 7, issue 3, pp. 266-278.