Banishing Dominance in Europe: The Case for Regional Cosmopolitanism

In a new article in European Journal of International Relations, Erik O. Eriksen examines the concept of dominance in light of political differentiation, and further discusses political frameworks that can prevent dominance in the multi-level constellation of the EU. 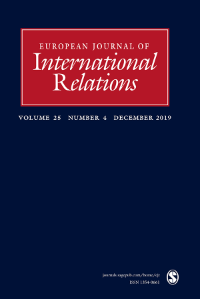 How is arbitrary rule – dominance – to be avoided when political differentiation is on the rise in the multilevel constellation that makes up the European Union? The EU is a power-wielding entity, that, due to its democratic deficits, is an instance of arbitrary rule, which differentiation only serves to exacerbate. This article discusses which political framework prevents dominance under conditions of asymmetric and complex interdependence, and economic integration in Europe. Under these conditions, the framework of international law is deficient, as the agreements with the associated non-members – the European Economic Area Agreement (EEA) and Switzerland – document. Here dominance appears to be self-incurred but nevertheless in breach with political freedom. Another is the framework suggested by Jürgen Habermas, of a pouvoir constituant mixte. Also, this framework raises the danger of arbitrary rule, as there is a risk that the autonomy of citizens would be pre-empted by the sovereignty of their states. The article holds the framework of a regional cosmopolitan federation – a rights-based polity with a distinct territorial reach – as more promising.

Banishing dominance in Europe: The case for regional cosmopolitanism