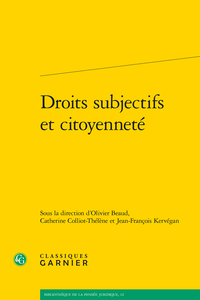 The key question that his chapter poses is whether European citizenship is a form of citizenship; in short, whether it makes sense to say that ‘European citizenship’ is a citizenship status. This may seem a redundant question. What could European citizenship be but citizenship? Actually, the chapter argues that, far from being banal, this question goes to the heart of the matter of the ongoing existential crisis of the European Union; in particular because it opens up the rather black box of the authority of the European Union and of European law. The chapter starts by considering what citizenship is by means of reconstructing the concept in European democratic constitutional law. The focus is particularly on the connection between the regulatory ideal of the Social and Democratic Rechtsstaat and citizenship, while adding some reflections on the way in which the relationship between citizenship and other personal statuses should be conceptualised.