ARENA researcher Guri Rosén challenges the existing literature on the empowerment of the European Parliament in EU external trade policy in the newly published article in the Journal of European Public Policy. 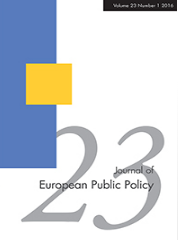 The Lisbon Treaty gave the European Parliament (EP) considerable new powers in the field of external trade policy. This is puzzling, as there is little to support dominant explanations such as bargaining on the part of the EP or member states making it a priority to enhance the EP’s role in trade. The article shows how the EP (together with the Commission) was able to convince the Convention that extending the EP’s trade powers was reasonable because there were no valid arguments for exempting trade from the general rule of linking qualified majority voting and codecision. The findings challenge established accounts of the EP’s empowerment by demonstrating how the principle of parliamentary representation is not an uncontested source of legitimacy, despite its constitutional status. In situations where institutional foundations are debated, even the principle of parliamentary representation may be put to the test. The article also adds to the debate about the role of norms in political decision-making, by focusing on mutual acceptability rather than truth-seeking as the key co-ordinating mechanism of arguing, clarifying its relevance to the study of political processes.

Guri Rosén
The impact of norms on political decision-making: how to account for the European Parliament’s empowerment in EU external trade policy