The Choice under Ambiguities

In his article 'Norwegian Reflections on Brexit' in the Political Quarterly journal, John Erik Fossum draws parallels between Norway and the UK. 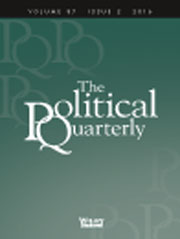 The leave campaigners' main slogan was the need to ‘take back control’. A major concern was for the UK to restore its sovereignty, and they argued that the best way of doing that was for Britain to leave the EU.

The very premise is problematic, and raises the question of what Leave entails. The EU is configured such that even if you formally leave there will be a lot of ties remaining, for the sheer fact is that the EU has helped to reconfigure not only vertical relations—between states and EU organs—but also horizontal relations between and among states. The bonds that are fostered are certainly upheld by EU institutions, but they are anchored in a far broader tapestry of vertical relations across European, national and regional levels and horizontal bonds that tie states and societies together. So the idea that you can break these ties in one fell swoop—even an extended swoop that lasts for several years—is misleading.