Erik O. Eriksen has written the chapter "Democracy lost. The EEA Agreement And Norway's Democratic Deficit" in the volume "Northern Europe and the Future of the EU" edited by Helge Høibraaten and Jochen Hille. 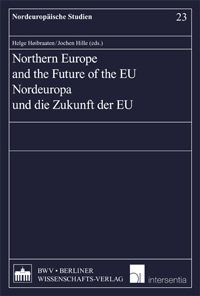 The current relationship between the Nordic countries and the European Union appears complex and confusing. Although Denmark, in 1973, and Sweden and Finland, in 1995, joined the European Union, the entry of Norway into the Union was rejected in the plebiscites of 1972 and 1994.

Furthermore, Nordic EU members enjoy permanent exceptions to their integration into the EU: Denmark and Sweden, like the U.K., have declined to become part of the monetary union. Finland is essentially the only Nordic country that entered the EU without substantial exceptions. A membership bid from Iceland was unthinkable; after the financial crisis – which is not the topic of this book – Iceland applied for membership in 2010 and has been in discussions with the European Commission ever since.

Considering this melange, this book will discuss the actual state of Nordic integration into the EU from many different perspectives and illuminate future developments in the fi eld of integration. Where is the North relative to Europe today? How can the geometry of Northern Europe’s integration, developed over a long time, be characterised? What are the challenges that threaten further development of Nordic-European relationships?

Find the book at BWV here