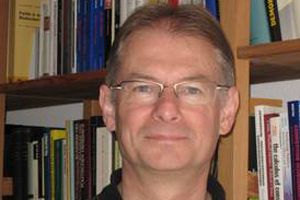 At the TARN lecture in Oslo on 12 April 2016, Arthur Benz discussed the role of administration in multilevel governance, looking at the interaction and coordination between the European and member state levels. The paper is now published as the fourth issue in the TARN working paper series.

The TARN working paper series was established in March 2016 as part of the EU Jean Monnet network The Academic Research Network on agencification of EU executive governance (TARN). The first three papers are authored by Morten Egeberg and Jarle Trondal (series editors), Giandomenico Majone, and Tobias Bach and Eva Ruffing.

The series welcomes contributions from scholars who would like to share their research on EU agencies and EU executive governance.